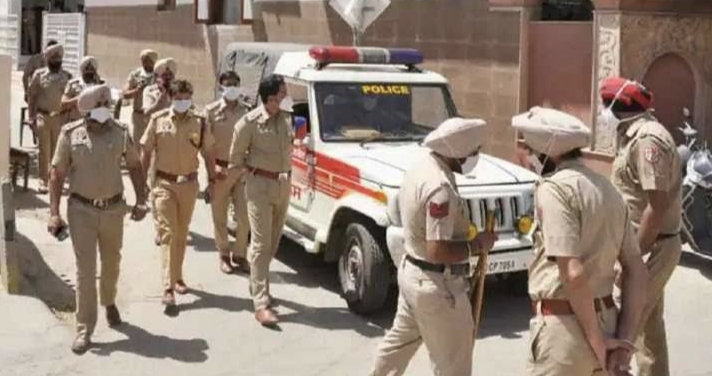 The arrested accused has been identified as Harpreet Singh alias Har Sarpanch of village Jogewal in Ferozepur.

The development came eight days after the Counter Intelligence team led by AIG Counter Intelligence Jalandhar Navjot Singh Mahal had busted the module with the arrest of its two operatives identified as Baljit Singh Malhi and Gurbaksh Singh alias Gora Sandhu, both residents of Ferozepur. The police had also recovered one sophisticated AK-56 assault rifle along with two magazines, 90 live cartridges and two bullet shells from a location pinpointed by Gurbaksh Singh at his village.

DGP Gaurav Yadav said that following the disclosures of accused Baljit Malhi, the police team has managed to apprehend Harpreet Singh alias Har Sarpanch, who is considered to be the close aide of Italy-based gangster Harpreet Singh alias Happy Sanghera and was also in touch with Canada-based Gangster Lakhbir Landa. Notably, Baljit was also in touch with Happy Sanghera, and on his directions only, he had picked consignment of weapons from a pinpointed spot at Makhu-Lohian road near the sanctuary in village Sudan in July 2022.

During preliminary investigations, Harpreet Singh alias Har Sarpanch has confessed to have arranged a 10 days stay for Lakhbir Landa’s associate identified as Jagjit Singh alias Jotta of Mehta Road in Amritsar and his aide at an abandoned house in the Makhu area of Ferozepur, said the DGP, adding that Jotta has been facing four criminal cases and is currently lodged at Central Jail, Amritsar.

He said that accused Har Sarpanch also revealed that he was in close touch with Nachattar Singh alias Motti— already arrested by the Tarn Taran Police, and used to ferry his drug consignments on his blue-coloured BMW car. Pertinently, the BMW car was recently seized by the Amritsar Commissionerate Police.

Giving more details, AIG Navjot Singh Mahal said that the accused Har Sarpanch also used to collect money on behalf of Gangsters Lakhbir Landa and Happy Sanghera to further provide financial assistance and logistics support to their associates. Further investigations are on and more revelations by Har Sarpanch are expected soon, he added.

Pertinently, Canada-based Landa is considered to be the close aide of Pakistan-based wanted gangster Harvinder Singh alias Rinda, who had joined hands with Babbar Khalsa International (BKI), and they have close ties with the ISI. Landa had played a key role in conspiring the Rocket Propelled Grenade (RPG) terror attack at Punjab Police Intelligence Headquarters in Mohali and had also planted an IED beneath Sub-Inspector Dilbag Singh’s car in Amritsar.