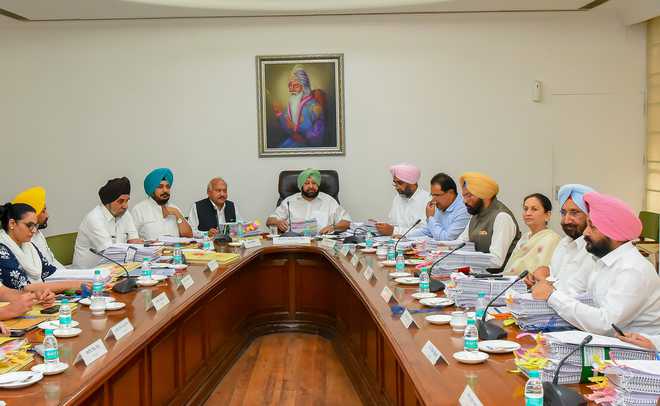 Chandigarh, September 17: Punjab will bid for setting up a Bulk Drug Park in Bathinda as part of the newly launched central government scheme for establishment of three such parks in the country.

In-principle approval to this effect was given by the Punjab Council of Ministers at its meeting chaired by Chief Minister Captain Amarinder Singh on Thursday.

The meeting decided to constitute a Cabinet Sub Committee to work out the details of the proposal to be made to the Government of India, which has laid down various criteria for the parks, including a minimum land requirement of 1000 acres. The Government of India has framed an area scoring criteria for selection of States for setting up the parks.

According to a spokesperson of the Chief Minister’s Office, the Cabinet Sub Committee, comprising Finance Minister Manpreet Singh Badal, Industries and Commerce Minister Sunder Sham Arora, Revenue Minister Gurpreet Singh Kangar and Housing & Urban Development Minister Sukhbinder Singh Sarkaria, has been mandated to submit their report to Cabinet over the next few days to enable the state to submit its proposal before the last date of September 27.

The Cabinet Sub Committee has also been asked to examine a slew of incentives, including subsidized rates for power, effluent treatment, water steam solid waste treatment, monthly warehouse charges, monthly park maintenance charges and annual land lease charges, to get good score in the valuation of location of the project by Government of India. It would also make recommendations to amend the Industrial & Business Development Policy 2017 for introducing interest subvention scheme for the Bulk Drug Pharma Park.

The estimated cost of the project is estimated at Rs.1878 crore, including cost of trunk infrastructure and common infrastructure facilities. The GoI grant would be Rs. 1000 crore and Rs. 878 crore would be contributed by the state government.

It may be recalled that the Cabinet, in its earlier meeting on June 22, 2020, had approved transfer of 1764 acres of land of thermal plant Bathinda to PUDA. Of this, an area of 1320 acres has been identified for the Bulk Drug Park and Department of Housing & Urban Development has been directed to execute the project as per the scheme of GoI once the selection process is completed.

The proposed park in Bathinda would help boost the state’s economy through creation of employment generation opportunities and overall development.