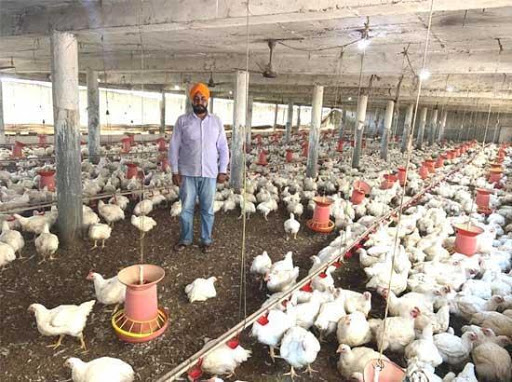 Punjabi University, Patiala and Punjab Agro Chandigarh, in a joint collaboration, have developed a product, LimoPan, which is a bioengineered nutraceutical derived from kinnow peels. It is a poultry feed supplement with the ability to replace the use of anti-biotics in poultry feed.

Managing Director, Punjab Agro Manjit Singh Brar, who has led the entire process, commended the efforts of the University and Punjab Agro, and reiterated that this transfer will pave way for future industry-academia partnerships, which will strengthen the scientific acumen and business temperament in the region. Punjab Agro has funded the R&D and provided significant inputs in the application of this product.

Pointing out further, the spokesperson said that the unbridled use of antibiotics in poultry feed is one of the reasons that has been attributed to causing antibiotic resistance in humans, as humans become passive consumers through residues that remain in poultry. The product utilizes the antimicrobial potential of phytoconstituents present in the peels of kinnows and Punjab being the leading producer of kinnow processes the same into juice, thereby generating a large quantity of peel, said the spokesperson adding that this technology sets an example of sustainable utilization of horticulture waste by converting it into a value added product.

The safety of the product has been ascertained by National Toxicology Centre at NIPER. Only after which the technology was transferred to Juggernaut Hospitality Services, Pune.

Prof BS Ghuman, Vice Chancellor, congratulated the team for making such significant scientific contributions that would eventually help the society at large.