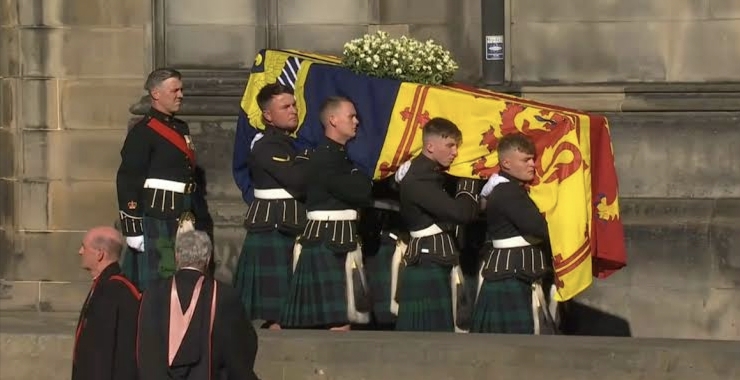 Queen Elizabeth II’ to be laid to rest today, world leaders arrive in London for funeral

London: Nearly 500 world leaders, including members of royal families from around the world, have arrived in London to pay their last respects to British Queen Elizabeth II today.

The queen’s final farewell will take place on Monday at Westminster Abbey, which is expected to be attended by around 2,000 people. The mourning ceremony will begin at 11 a.m. local time and end an hour later after a two-minute silence across the country.

Canadian Prime Minister Justin Trudeau, US President Joe Biden along with the Indian President Droupadi Murmu and many world leaders have already arrived at Westminster Hall in London and paid tribute to Queen Elizabeth II on behalf of the Government and their respective nations. They also signed a condolence message on the book at The Lancaster House.

Meanwhile, ahead of Monday’s funeral, heads of state and guests, including the president, have been invited by King Charles to a ceremony at Buckingham Palace. The Dean of Westminster will perform the funeral with Prime Minister Liz Truss and Commonwealth Secretary General Patricia Scotland.