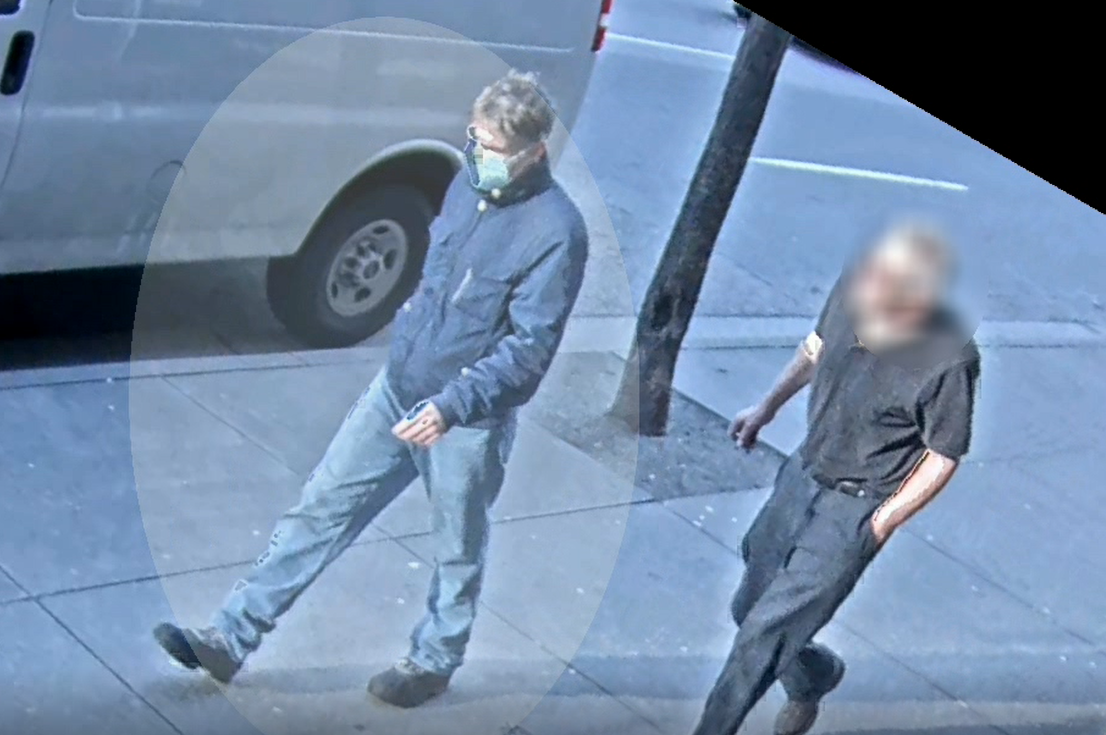 Vancouver Police have released video of a man who allegedly assaulted a stranger on a Downtown sidewalk in January, and ask anyone who can identify the person to call police.

“VPD investigators have been working to solve this crime since it occurred in January, but we have not been able to identify the person responsible,” says Sergeant Steve Addison, VPD. “We’re asking people to take a good look at the person in this video and to give us a call if you know who it is.”

A 22-year-old woman was walking a dog near the Orpheum Theatre, at Seymour and Smithe Street, around 4:20 p.m. on January 19 when she was punched in the face by a man for no apparent reason. The victim was traumatized but did not suffer serious physical injuries.

The suspect fled after the assault, and was briefly confronted by a witness.

“This incident is very concerning to us, as it appears to have been random and completely unprovoked,” adds Sergeant Addison. “We don’t know why this woman was targeted, or what the suspect’s motivation was.”

The suspect is a white man, about five foot 10, and approximately 50 years old. He had short white hair, jeans, and was wearing a light blue jacket or sweater.