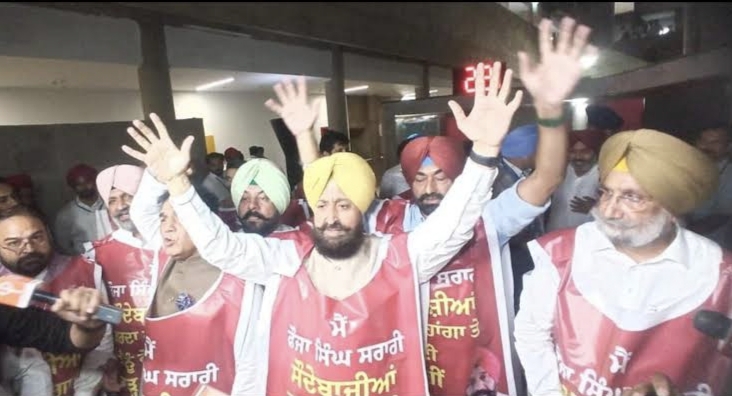 Chandigarh: Congress MLAs arrived in the Punjab Vidhan Sabha wearing robes with slogans written against state Horticulture Minister Fauja Singh Sarari. Congress Legislature Party leader Partap Singh Bajwa demanded that the minister be sacked from the cabinet and a case be registered against him.

He said it was not enough for the party to issue a ‘show cause’ notice to the minister. He said the chief minister should issue a statement on the issue today.

BJP MLAs Ashwani Sharma and Jangi Lal Mahajan were absent from the House.

They termed the Congress MLAs as the ‘B’ team of the BJP. Chief Minister Bhagwant Mann was not present in the House at the start of the session. Meanwhile, the Speaker had to adjourn the House.