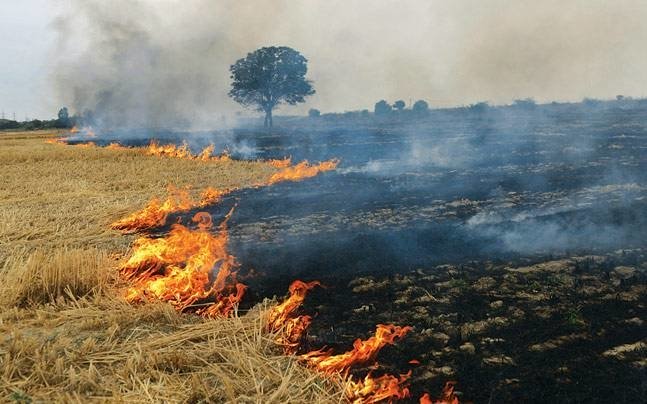 In view of the emphasizing imperative efforts made by the Punjab Education Minister Mr. Vijay Inder Singla to make the people aware about the deadly effects of pollution and conservation of the environment, the Punjab School Education Department has intensified its campaign to make the farmers aware about the harmful effects of burning of paddy straw on the environment.

Disclosing this here today a spokesperson of the education department said that the teachers and students of the government schools across the state have been instrumental in tackling the problem of pollution and sensitizing the people especially the farmers about its dangerous effects. This ‘awareness campaign has launched in the larger interest of the public. According to the spokesperson, the campaign is going on effectively despite the closure of schools due to Covid-19.

According to the spokesperson, burning of crop residues is the main source of air pollution. Carbon, nitrogen and sulphur from paddy straw are completely released into the atmosphere. This results in the emission of smoke and its incorporation into the gases in the air. This creates serious environmental pollution. Air pollution is one of the top ten causes of death. Air pollution is the cause of 25 per cent of deaths in India.

The spokesperson further said that posters are being made by teachers and students about the harmful effects of burning paddy straw on the environment and pollution. These posters are being pasted in various places as well as on social media. Special contribution is being made by the IT and science teachers. According to the spokesperson, social media is being used effectively during this ‘awareness campaign’. At the same time the teachers are going to the door to door to caution the people about the problem of pollution.

According to the spokesperson, the campaign is yielding good results and peoples are being impressed by the posters of the education department. The farmers are listening to the teachers with full attention.