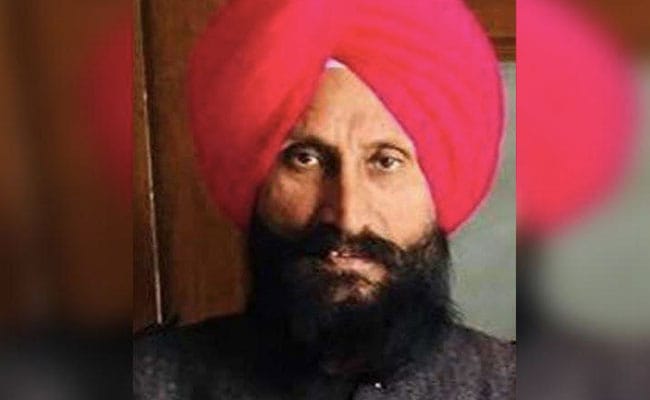 Balwinder, 62, who had Leftist leanings, for years had fought bravely against terrorism and was repeatedly attacked by militants in the terror-infested area. He had even erected bunkers on the roof of his house.

According to information, no sooner did Balwinder open the gate of the school he used to run than the men who were waiting for him fired at him. He took five bullets in all and was rushed to hospital where doctors declared him brought dead.

SP (Operations) Jagjit Singh Walia said the attackers came in a four-wheeler, while others claimed they were on a motorcycle.

Punjab Chief Minister Amarinder Singh on Friday ordered the constitution of a Special Investigative Team (SIT) headed by DIG Ferozepur to probe all angles of the fatal attack on Shaurya Chakra awardee Comrade Balwinder Singh. The SIT has already formed four special teams to crack the case and nab the accused.

Condoling the death of Balwinder, the chief minister has directed DGP Dinkar Gupta to ensure speedy investigation to identify and bring the culprits to book at the earliest. Taking serious note of the incident, Capt Amarinder said the probe, to be conducted by the SIT, will take into account all possibilities. Anyone found guilty of the murder would be dealt with strictly, he added.

Balwinder’s was an example of how some people fought terrorism in Punjab’s hinterland. He even trained his children for this. His exploits made it to the international media, including National Geographic.