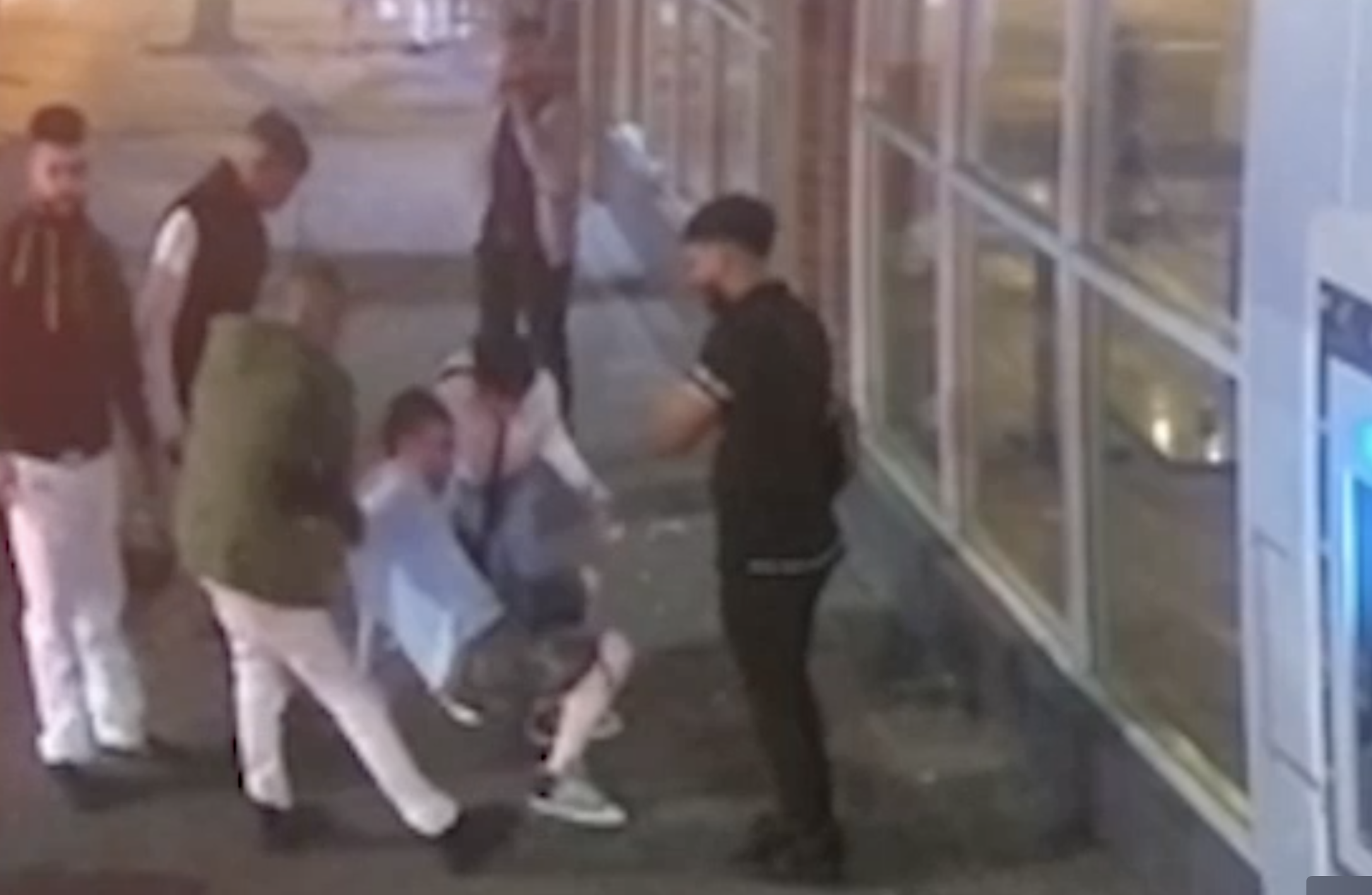 Vancouver Police are investigating after one man was randomly attacked by three men on Granville Street earlier this month.

“Unfortunately, stranger attacks have been prevalent in recent weeks throughout Vancouver and this is very concerning,” says Constable Tania Visintin, VPD. “In the past two weeks, there have been 17 random assaults reported city-wide.”

While walking home at around 3:30 a.m. on July 11, the victim was approached by a group of men. Security footage shows one man push the victim down. Another man helps the victim up and they all walk towards a lane near Granville and Smithe streets. While in the lane, the victim was assaulted and had his wallet taken.

The three suspects appear to be South Asian and in their early 20s.

The first suspect is about five feet ten inches tall.  He has short hair and large ears. He was wearing a white t-shirt, white pants and a green jacket.  He was also carrying a black satchel across his chest.

The second suspect is about five feet eleven inches tall with a medium build. He has short dark hair. He was wearing a grey hooded sweater and black pants.

The third suspect is about five feet nine inches tall with curly dark brown hair. He was wearing a white sweater and grey sweatpants.

“This happened around the time the bars closed on Granville Street. We know there were people still out and they may have seen what happened and can identify these men,” says Constable Visintin. “There is no excuse for anyone to get attacked for absolutely no reason.”

Anyone who has information or if they recognize the men in the video, is asked to call Vancouver Police at 604-717-4022.