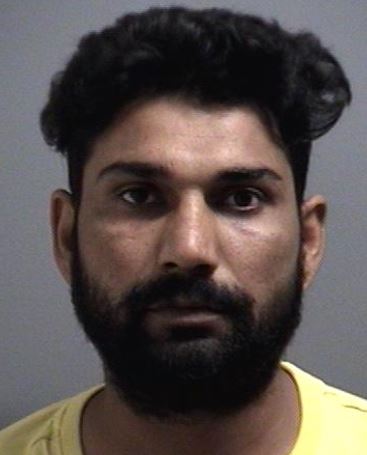 A South Asian man Harpreet Bhullar was arrested and charged with one count of sexual assault and one count of Mischief Under $5000.

Investigators from the 22 Division Criminal Investigation Bureau have arrested and charged a 29-year-old man from Brampton.

On Thursday, October 7, 2021, at 10:44 p.m., the victim was in front of her residence located in the area of Williams Parkway and Whitewash Way in Brampton when she was approached from behind by an unknown male suspect and sexually assaulted. The suspect then fled the area on foot. The victim suffered minor injuries.

Investigators have identified the suspect as Harpreet Bhullar. On Saturday, October 9, 2021, Harpreet Bhullar was arrested and charged with one count of sexual assault and one count of Mischief Under $5000. He was held for a bail hearing and attended the Ontario Court of Justice in Brampton the same day.

Investigators believe there may be more victims and are appealing to anyone who may recognize or may have had a similar encounter with the accused to contact the police.

Anyone with any information on this incident is asked to contact the 22 Division Criminal Investigation Bureau at 905-453-2121 ext. 2233. Information may also be left anonymously by calling Crime Stoppers at 1-800-222-TIPS (8477) or by visiting www.peelcrimestoppers.ca