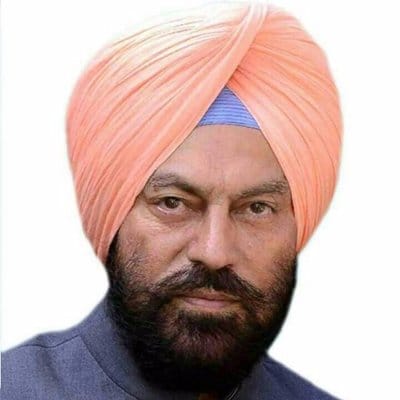 The Punjab Sports Department, fulfilling the aspirations of Sports Minister Rana Gurmit Singh Sodhi of paying due honour to the state players excelled at national and international level and to meet the expenses of those players, who are preparing for the upcoming games, has issued strict instructions to all the District Sports Officers to furnish complete details of the players. The comprehensive details in a prescribed proforma would be submitted to the Head Office at Chandigarh by September 21 by all means.

In a press communiqué issued here, Rana Sodhi said that in a recent brief function to honour Arjuna, Dhyan Chand and other national awardees, it has come to the fore that many eminent sportspersons, who had excelled at national and international level, have been deprived of the Maharaja Ranjit Singh Sports Awards and other concessions and facilities of the state government’s sports policy-2018 due to lack of the coordination between district sports officers and players. Hence, strict instructions have been issued to all the District Sports Officers to furnish complete details of such decorated sportspersons to the headquarters in a time bound manner.

“A total 101 sportspersons including veterans were honored last year with the Maharaja Ranjit Singh Awards under the new sports policy-2018”, said the minister, adding that recently, it was announced that sports policy would be changed to include Dhyan Chand and Dronacharya Awardees. Thus, the process of compiling the details of the players has been initiated with the intention of covering all eligible players for the state sports awards.

Giving detailed information, Director Sports Mr. D.P.S. Kharbanda said that there are a large number of players of the state, who have excelled at international level and those who are preparing for the upcoming international level tournaments. He said that the District Sports Officers have been directed to submit details such as the game of the player, number of prizes won, eligibility for state awards immediately. The District Sports Officers have been asked to invite these international level sportspersons to their offices, who are eligible for Maharaja Ranjit Singh Awards and other incentives as per the Punjab Sports Policy-2018. They have also been asked to furnish the complete details of players in prescribed proforma and submit these details with the headquarters through special messenger.

Mr. Kharbanda said that apart from this, information of those players has also been sought, who are preparing for the Olympics, Commonwealth Games, Asian Games and other national/international level tournaments. The District Sports Officers have strictly directed to send a complete report about the required expenses to the player for the preparation game and venue and country of the event, where the player would go to compete.