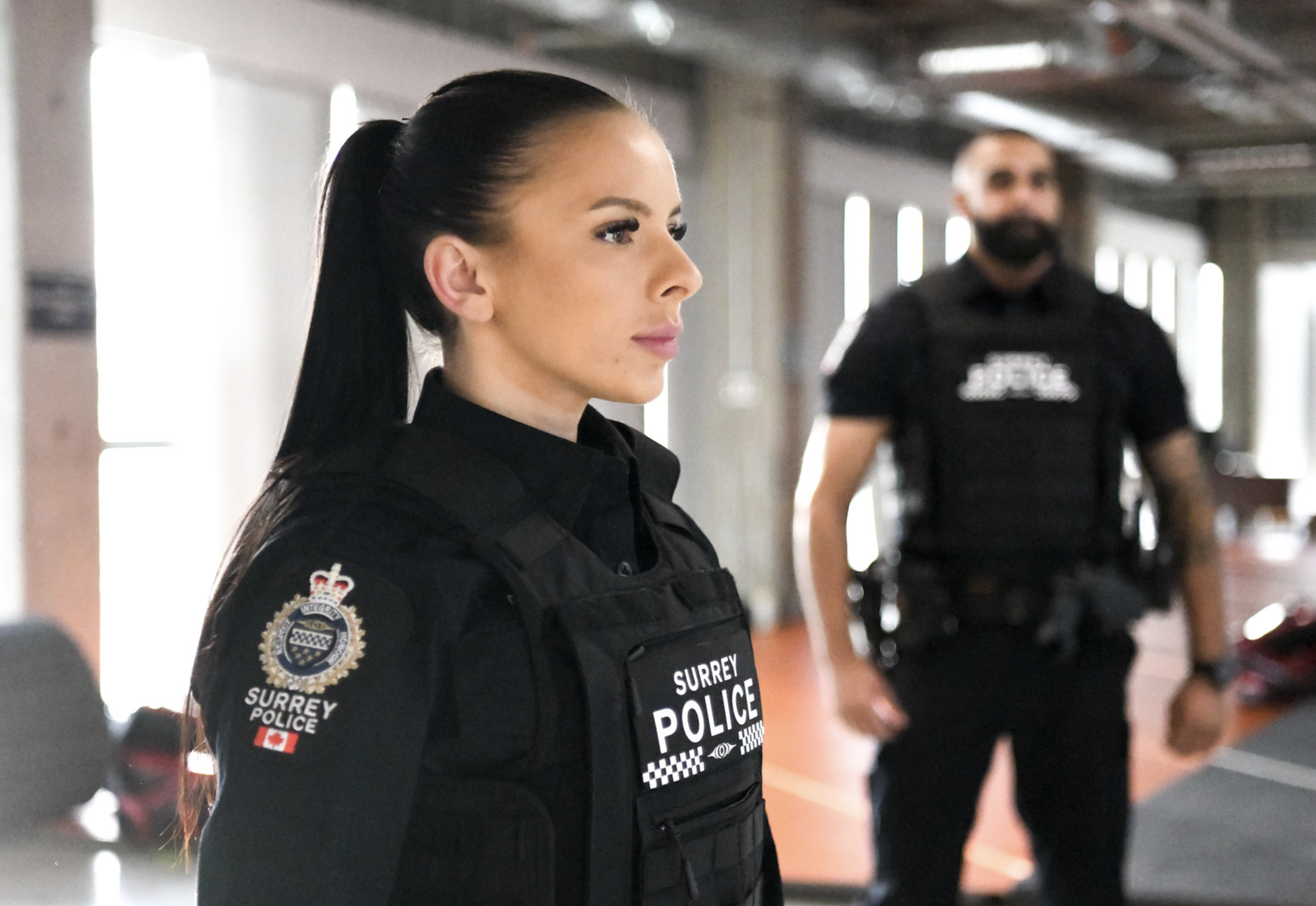 Surrey’s new municipal police service has revealed the uniform that will be worn by its first group of frontline police officers who will begin to be operationally deployed at the end of November.

The arrival of the first Surrey Police Service (SPS) uniforms was a historic occasion – particularly for the officers who will be among the first to hit the streets as SPS officers later this month. To join a new organization and contribute to the building of a progressive police organization in a fast-growing city, takes courage and commitment. The SPS uniform represents the culmination of much of that effort.

“The Surrey Police Service uniform, fit and materials were selected based on durability, comfort, and functionality, as well as feedback from our experienced police officers,” says Chief Constable Norm Lipinski. “Employee wellness is a priority for SPS, and that extends to the uniform and equipment we have carefully selected for our officers.”

SPS officers will be carrying 9mm Glocks with mounted lights, slash and puncture resistant duty gloves, tourniquets, and CEWS (conducted energy weapons). Prior to deployment, a significant number of SPS officers will be trained in the patrol carbine and in the 40 mm launcher, which will increase the depth of skill on the road. The 40mm launcher adds to our officers’ less lethal use of force options, increasing public safety for Surrey citizens.

The shoulder flashes on the SPS uniform feature the Coast Salish eye, a fess (check) pattern, and six stars—one for each of Surrey’s town centres (Cloverdale, Guildford, Fleetwood, Newton, South Surrey, and Whalley/City Centre). The Coast Salish eye and fess pattern repeat on the external carrier to further distinguish SPS officers from other municipal officers in British Columbia. These design features highlight the fact that SPS is a local police service that is tailor made for and accountable to Surrey residents.

By November 30, 2021, the first group of experienced SPS officers will begin to be assigned to duties within the RCMP Municipal Police Unit in Surrey (Surrey RCMP). This is the first step in the phased, integrated transition process that is being managed by the Surrey Policing Transition Trilateral Committee, which is comprised of representatives from the three levels of government. SPS and the RCMP will be sharing more details on this first deployment and what residents can expect in the coming weeks.

SPS’s uniform, fit and materials were selected based on durability, comfort, and functionality, as well as feedback from our experienced officers. Employee wellness is a priority for SPS, and that extends to the uniform and equipment we have carefully selected for our officers. pic.twitter.com/9BPUXp81G8