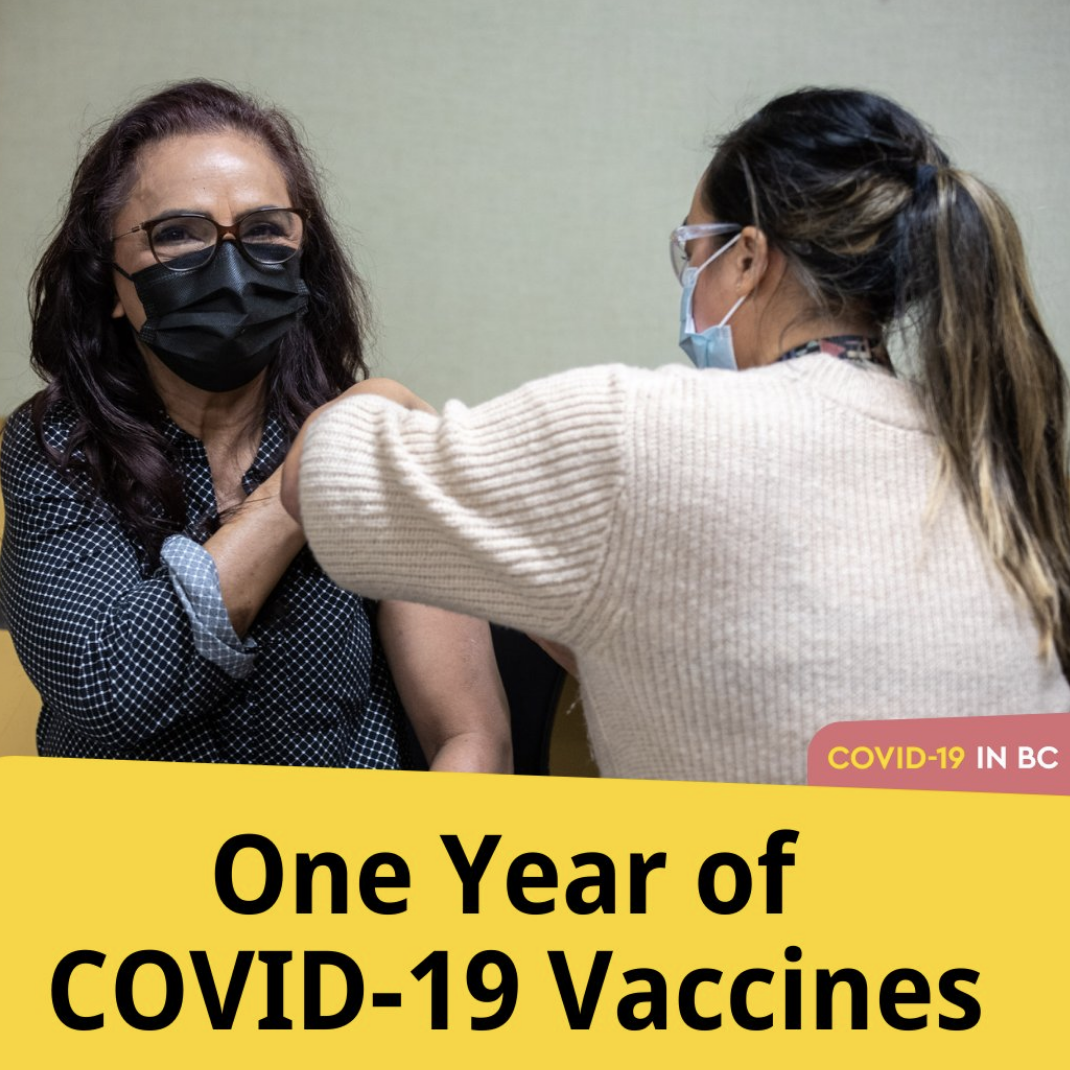 Today marks one year since the first COVID-19 vaccine arrived in B.C.

Today marks one year since the first COVID-19 vaccine arrived in B.C.

Premier John Horgan says since then the province began the largest immunization program in its history and most people have stepped up and done their part.

The B-C Centre for Disease Control says residents who have not been vaccinated are 56 times more likely to end up in critical care due to COVID-19 than people who have received two vaccine doses.
(The Canadian Press)

One year ago today, the first COVID-19 vaccines arrived in BC.

Since we began the largest immunization program in our province's history, I've been amazed at how the vast majority of British Columbians have rolled up their sleeves to keep each other safe.

Let's keep it up. 💪 pic.twitter.com/gxSA39cLxT