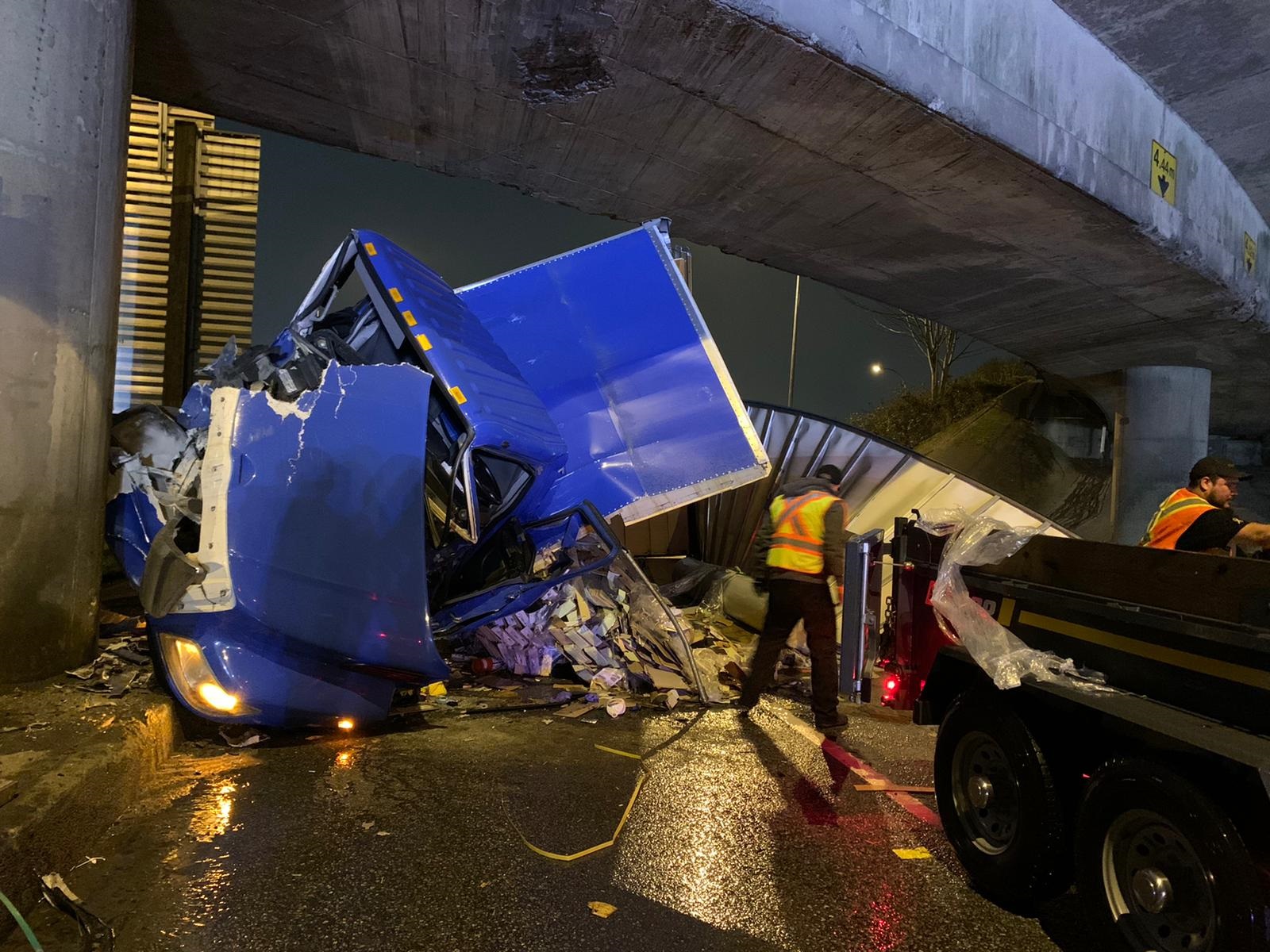 Shortly after 4:00 a.m. this morning, North Vancouver RCMP responded to a collision in the Westbound lanes of Hwy 1 at the Fern Street overpass.

A transport truck had been travelling Westbound on Hwy 1 when it left the roadway and collided with the support structure of the overpass. The driver was taken to local hospital, but fortunately was not seriously injured.

Due to concerns about the structural integrity of the overpass, the Westbound lanes of Hwy 1 were temporarily closed to traffic, which caused significant traffic delays for morning commuters. Engineers subsequently deemed the overpass to be structurally safe, and the crash was cleared, however a fuel spill from the crash left the roadway very slick and dangerous. A significant amount of absorbant sand product was required, and had to be called to the scene, causing further delays. Just before 10:00 a.m., the highway was once again opened to traffic.

The driver, a 47-year-old resident of Surrey, has been arrested for Driving While Impaired and Driving While Prohibited. The investigation is ongoing.