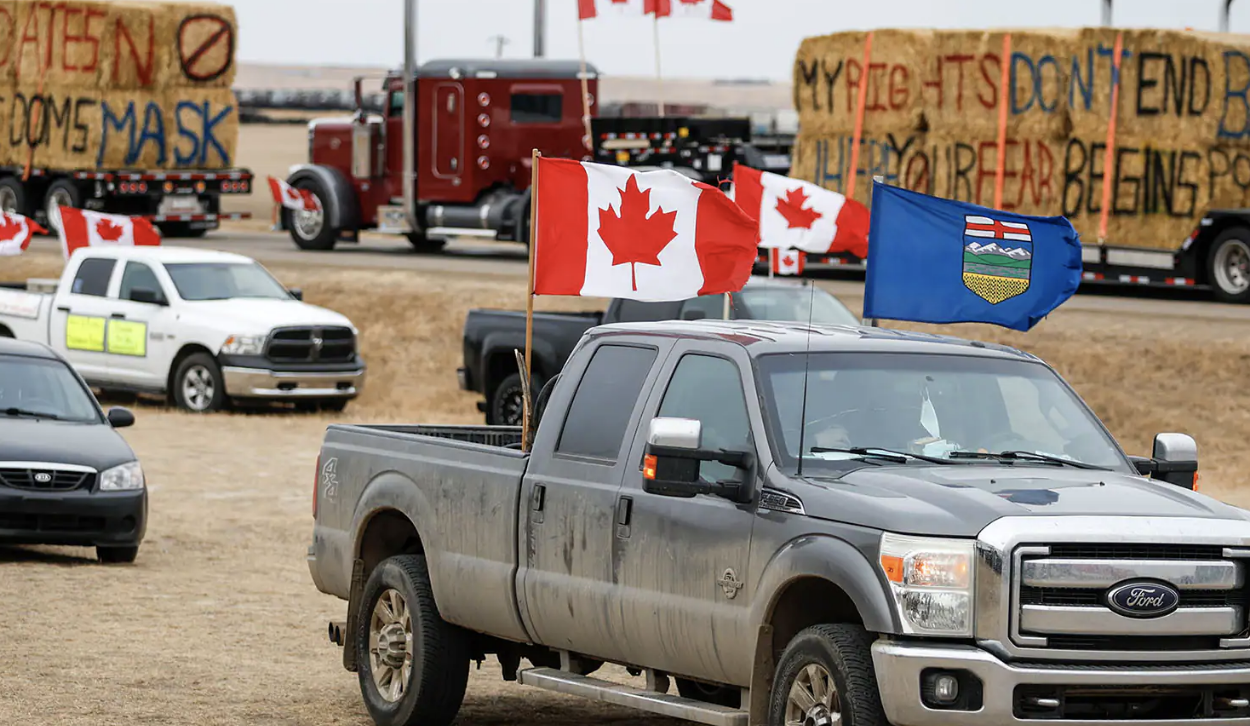 A blockade in southern Alberta at the U-S border is entering its fourth day.

A convoy of commercial trucks, vehicles and camper vans has been blocking the highway at the Coutts border since Saturday to protest COVID-19 restrictions.

Late Monday night, R-C-M-P say they thought there was a path to resolve the matter, but then said protesters chose not to comply.

Earlier, police said resources were in place to make arrests and tow away vehicles as this action is no longer lawful.