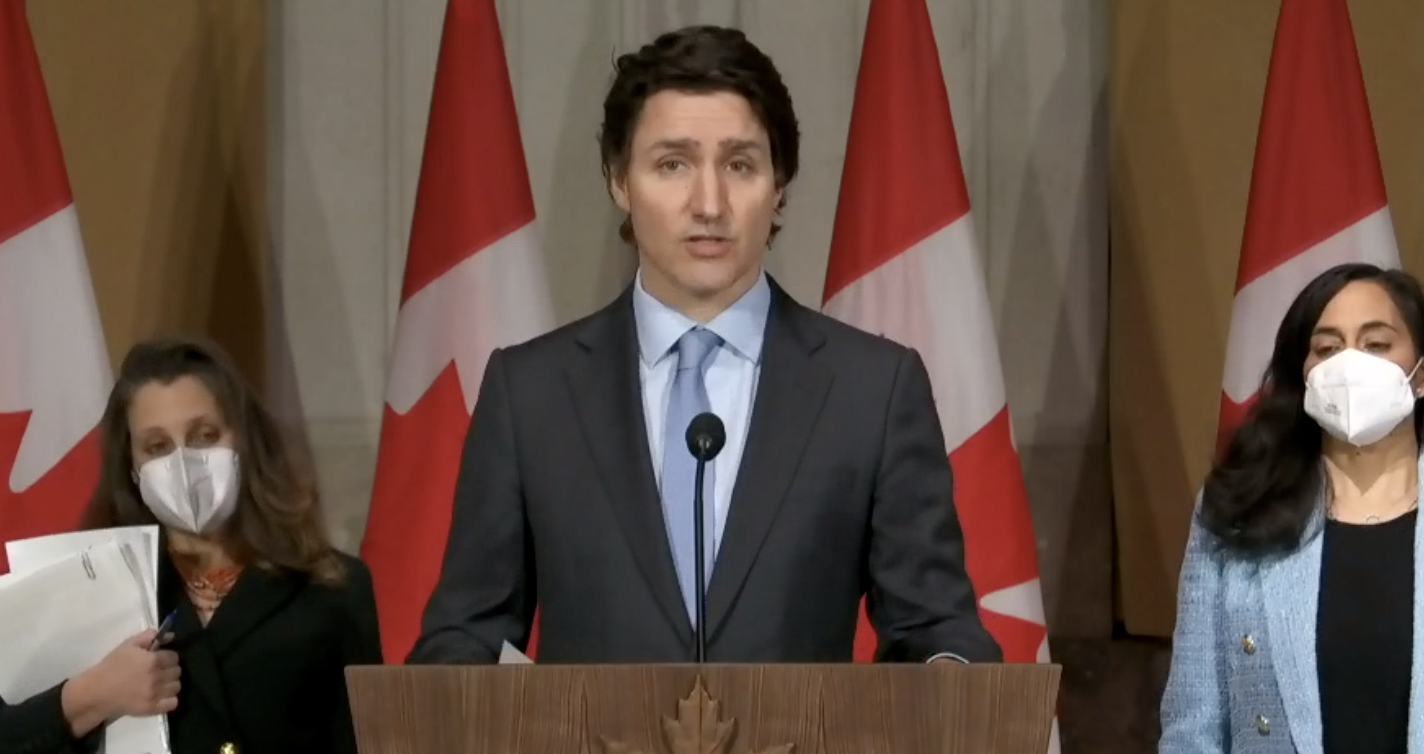 Prime Minister Justin Trudeau has announced initial sanctions against Russia for its escalation of the incursion into Ukraine.

He says Canada has banned all dealings with officials in so-called independent territories in Ukraine by any Canadians.

He says Canada and its allies will defend democracy.

U-S President Joe Biden says the U-S is taking strong action against Russia after its moves in eastern Ukraine after Russian lawmakers authorized President Vladimir Putin to use military force outside their country.