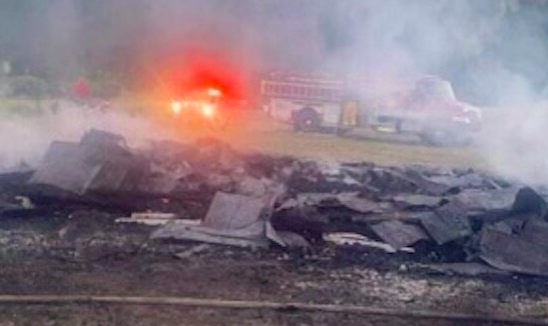 On June 26, 2021 at 3:52 a.m., the Princeton RCMP received a call the St. Ann’s Catholic Church on the Upper Similkameen Indian Band (USIB) near the small community of Hedley, BC was on fire.

At 4:45 a.m., the Keremeos RCMP received a call the Chopaka Catholic Church on the Lower Similkameen Indian Band (LSIB) at Chopaka was on fire.

Both churches have been destroyed. The fire at the church on the LSIB spread to nearby brush which was quickly extinguished by BC Wildfire crews before spreading further.

“The PSOSRD RCMP are treating both of these fires as suspicious and are looking to determine any possible connection to the church fires in both Penticton and Oliver on June 21, 2021”, states Sgt Jason Bayda, Media Relations Officer for the Penticton South Okanagan RCMP. “The investigations into the previous fires and these two new fires are ongoing with no arrests or charges”.

The PSOSRD RCMP continues to work with and support our local Indigenous leaders and communities.