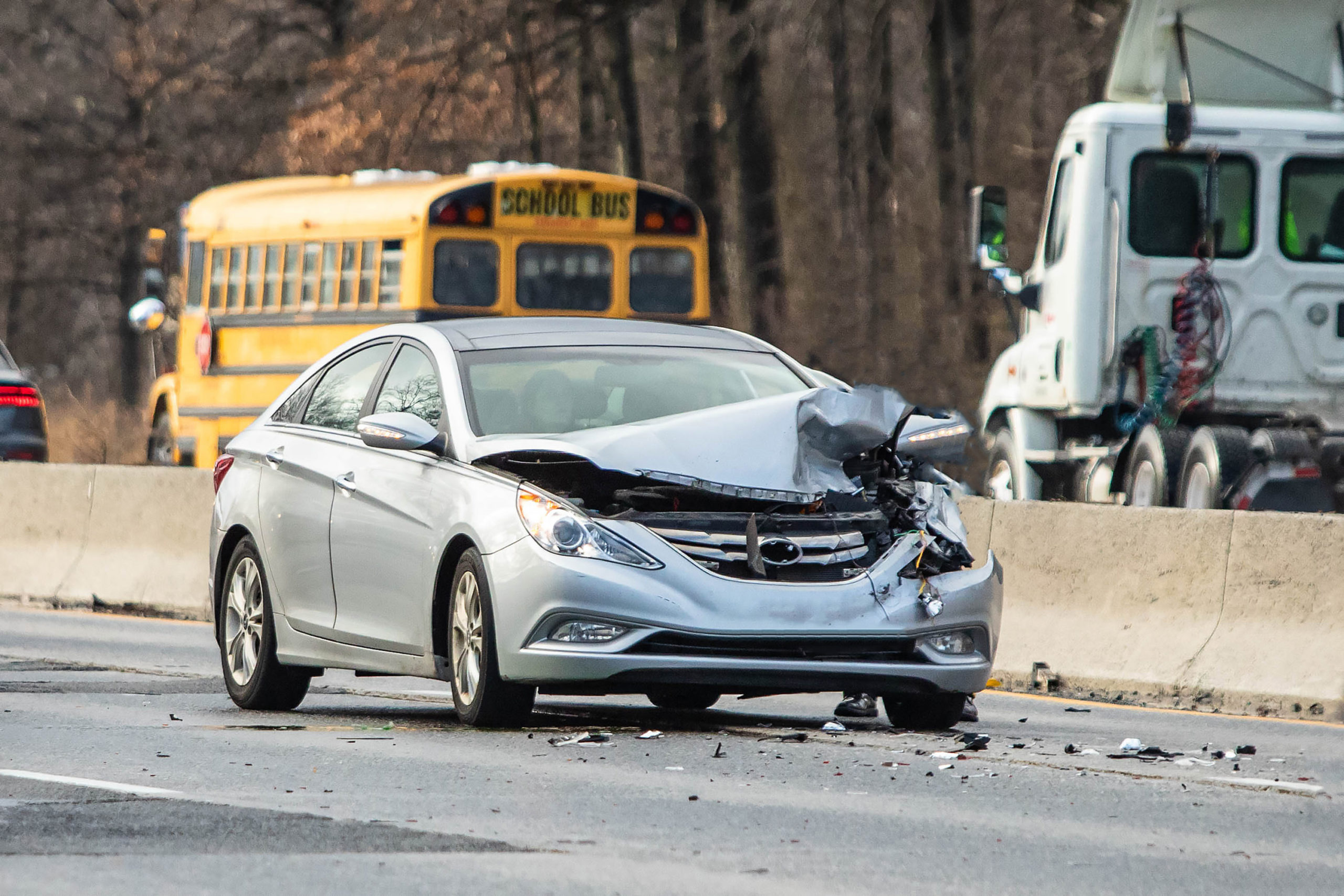 Richmond RCMP cordoned off traffic near the intersection of Westminster Hwy and No 4 road today after a two-vehicle collision involving a blue Kenworth truck and a white BMW sedan. One person was pronounced deceased at the scene.  Three others were taken to hospital with serious life threatening injuries.  One person was ejected from his vehicle, and there were a number of fish strewn about the intersection as a result of the collision.

The crash occurred shortly after 9 am this morning.  Richmond RCMP’s Criminal Collision Investigation Team (CCIT) is on scene and they have been in contact with investigators from the Integrated Collision Analysis and Reconstruction (ICARS) team.   Drivers are advised that this intersection will likely be closed for most of today, and they should plan an alternative route to avoid traffic congestion in the area.

Drugs and alcohol do not appear to have been factors, however, speed and driver inattention have not yet been ruled out.

This is the second fatal collision on Richmond streets in the past 24 hours. Yesterday, shortly before 4 p.m. a grey Honda CRV collided with a school bus on Alderbridge Way at No. 3 Road.  The driver of the grey Honda CRV was pronounced deceased at the scene.  The school bus driver was apparently uninjured, remained on scene, and was cooperative with police. Fortunately, there were no children on board the school bus at the time of the collision.

The names of the deceased in each case are being withheld at this time.

Corporal Ian Henderson of the Richmond RCMP says, “These very serious collisions serve as a reminder to all drivers.  Vehicle collisions occur with more frequency this time of year, as fall and winter weather begin to affect drivers’ perceptions.”  He adds, “Good driving habits, like slowing down and paying attention to other drivers and pedestrians at intersections, can help prevent accidents like these from occurring.”

Anyone who witnessed either of these collisions, or who has dash-cam video of them, is asked to please call the Richmond RCMP non-emergency line at 604-278-1212.

Major crash in #Richmond at Westminster Highway and No.4 Road.
Video by Sukhwant Dhillon pic.twitter.com/wTdp8pGTmK