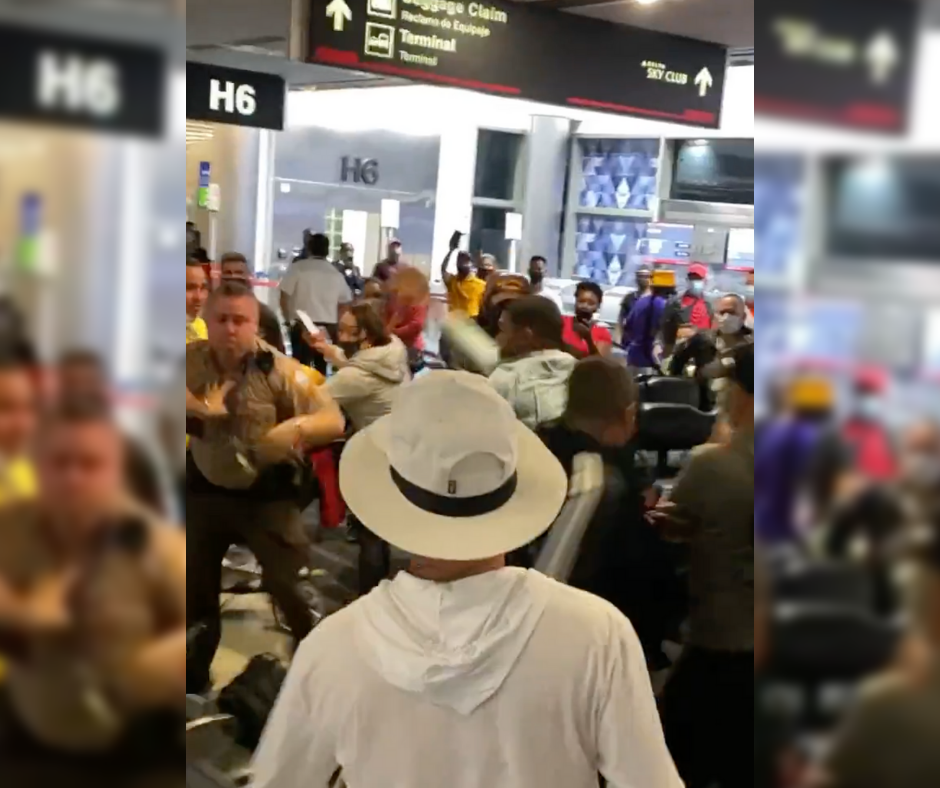 Two people were arrested at Miami International Airport after a violent fight broke out on Monday evening. During the altercation, an officer was captured on video pulling out a gun, even as a large crowd was around him.

A fight broke out after an unidentified passenger allegedly took the keys to an airport transport golf cart, not allowing the officer to leave.

so this is currently happening at miami international pic.twitter.com/LTukGpHx7d

There can be seen some of the crowd trying to separate the two.

Two individuals were taken into custody. The identities of the men and the charges against them are unknown at this time.