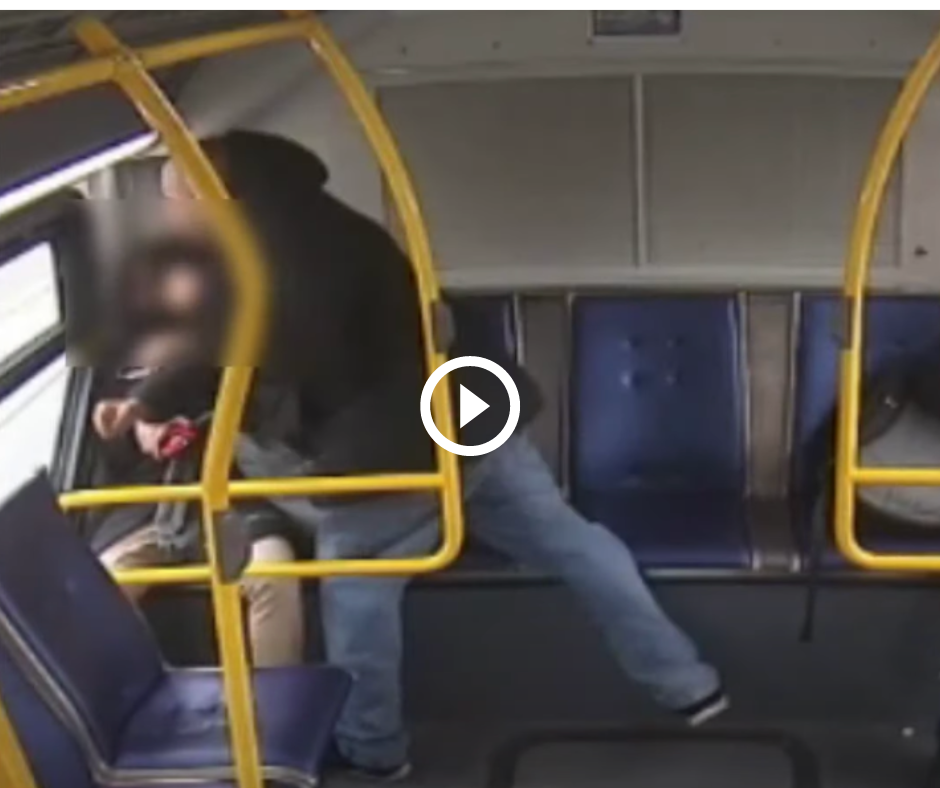 New Westminster – Metro Vancouver Transit Police are asking for the public’s assistance in identifying a suspect who allegedly attacked a 17-year-old girl on board a TransLink bus.

On Friday, April 1, 2022, just before 2 p.m., a 17-year-old girl boarded a route 335 bus headed to Newton Exchange in Surrey, made her way to the back of the bus and sat down. At an unknown point in the journey, a man boarded the same bus and began acting erratically while heading to the back of the bus, where he sat near the teen.

The suspect continued to act more and more agitated, eventually standing up and blocking the teen into her seat. Then, without any provocation, he allegedly punched her in the head several times, causing her glasses to fly off her face. Despite the teen’s attempts to defend herself, when she bent over to pick up her glasses the suspect allegedly used his knee to strike her in the head.

The suspect was last seen leaving the bus at 152nd Street and 84thAvenue in Surrey while the victim was alerting the bus operator to the incident. Luckily, the victim did not sustain any serious physical injuries during the alleged assault and reported the incident to police after she returned home.

The suspect is described as a South Asian male, 30-40 years of age, medium build, approximately 5’8 with a bald head. He was seen wearing a long, black winter jacket, light blue jeans, and black runners with Velcro closures.

“Everyone has the right to arrive at their transit destination safely, and without fear of being attacked. Therefore, this unprovoked assault by a stranger is being taken extremely seriously. Our detectives have exhausted all investigative avenues available to them and are now appealing to the public for help, so that an arrest can be made.” – Constable Amanda Steed