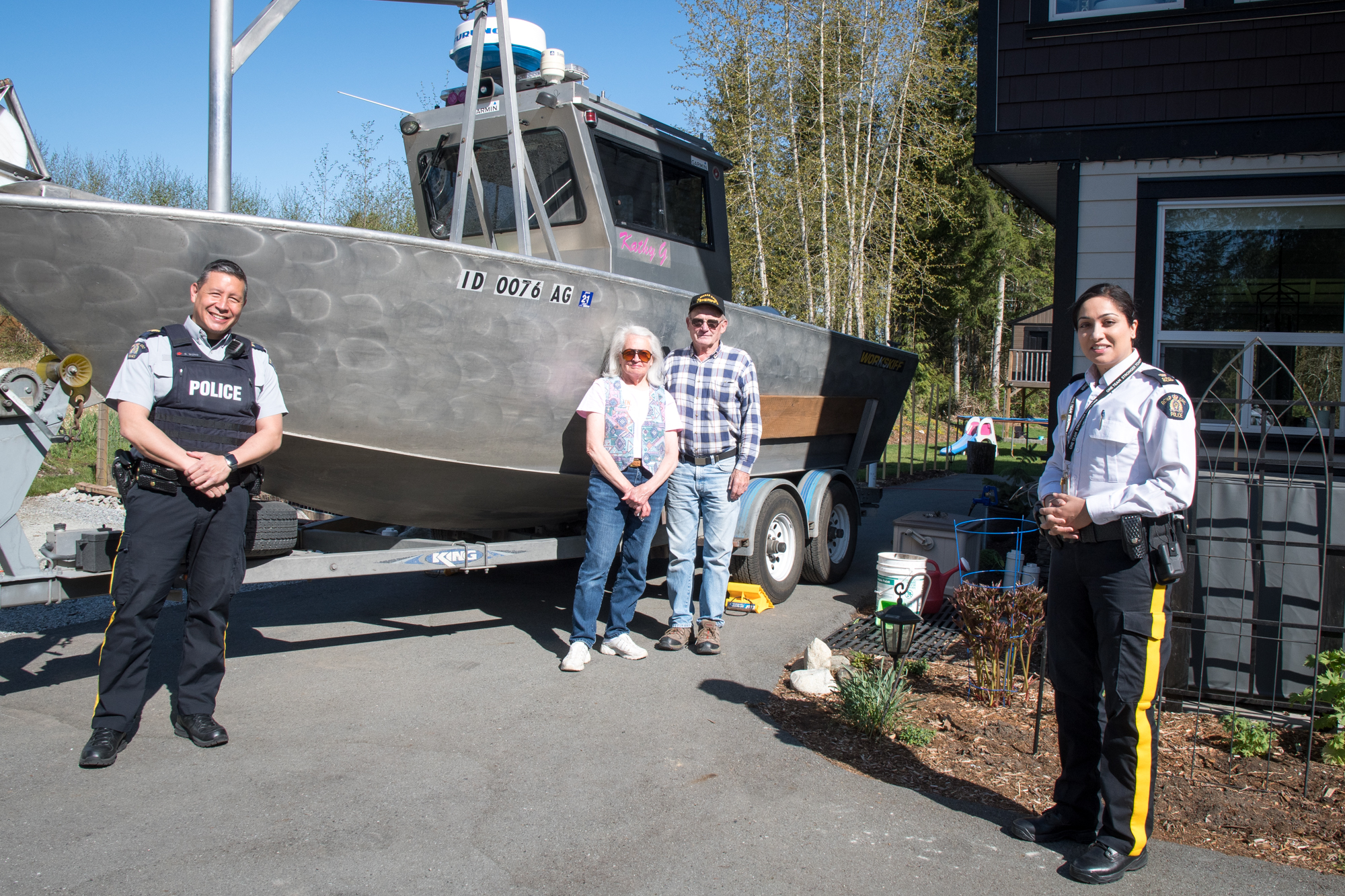 Ridge Meadows RCMP are honouring an Idaho couple who assisted police in locating the body of a man who was believed to have drowned in a jet ski incident in October of 2020.

In October police received multiple witness reports of a tragic incident where a man and a woman had fallen off a jet ski.  The woman was safely recovered by a group of people in a nearby boat but, sadly, the man disappeared into the water.  Despite multiple efforts by RCMP and Ridge Meadows Search and Rescue the man was not found.

As the investigation continued, police learned about Gene and Sandy Ralston, a retired Idahoan couple who have made it their life’s mission to volunteer in locating drowning victims. The couple volunteers their own boat, technology and time in helping to bring closure to families of missing persons who have drowned.  The Ridge Meadows RCMP’s General Investigation Section (GIS) reached out to the Ralstons and enlisted their help.

Once arriving in Maple Ridge the couple applied their expertise and got to work reviewing historical weather and water-current data.  On Monday, utilizing sonar technology, the couple identified a location and what was believed to be the missing man.  On Tuesday the RCMP’s under-water dive team attended the coordinates provided by Gene and Sandy and successfully recovered the missing man.

On Wednesday afternoon, Inspector Wendy Mehat and Staff Sergeant Grant Wong presented the couple with Certificates of Commendation for their immeasurably gracious contribution in assisting the Ridge Meadows RCMP.

“After an incident leaves the general public interest, families are still grieving and putting the puzzle pieces together in what happened and how to cope.  For this reason police will not rest and always strive to not let cold cases go unsolved,” states Inspector Mehat.  “In over 20 years Gene and Sandy have located over a hundred drowning victims located in lakes and rivers across Canada and the US. This couple should be commended for what they do in bringing some closure to victim’s families. I am sure the family of this man are very thankful to them, as are we.” 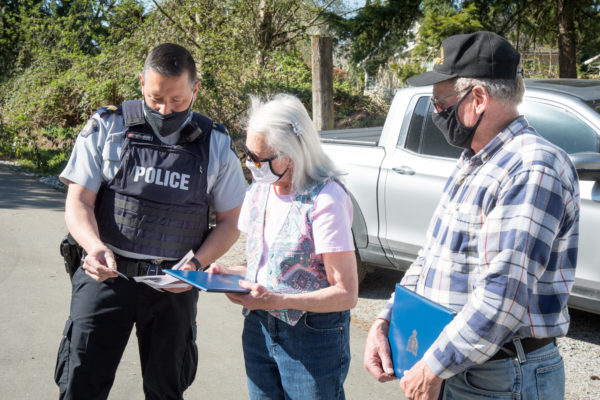 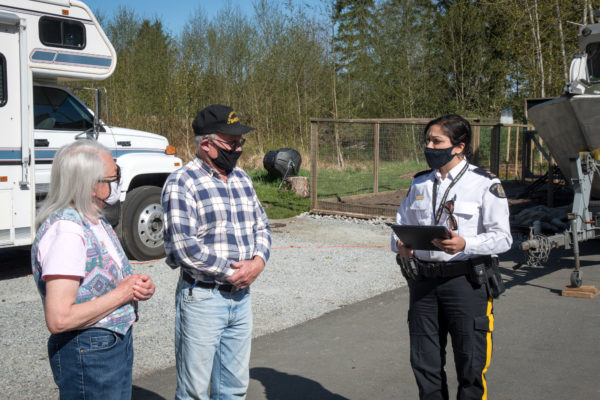