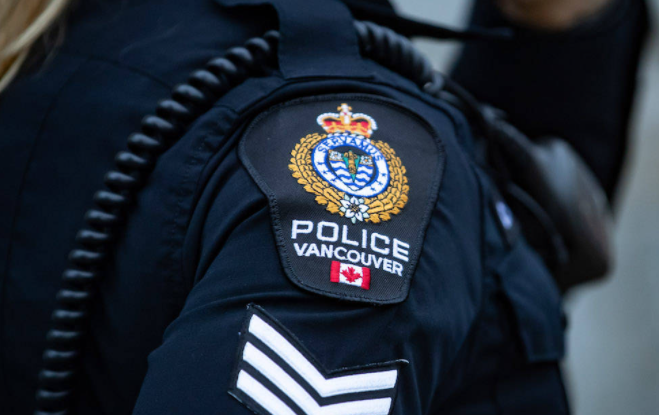 Vancouver Police officers were kept busy responding to several in-progress and priority calls this weekend, including a number of unprovoked assaults, and serious incidents involving weapons.

Just after 4:30 a.m. on Friday, a man walked into the Tim Horton’s near Davie and Hornby streets and ordered a donut. As his order was being prepared, he pulled out a can of bear spray and sprayed the employee. The suspect was arrested for assault with a weapon and mischief over $5,000.

Also on Friday, at 6:15 p.m., an 82-year-old Asian woman was shoved from behind near East King Edward Avenue and Fraser Street as she was walking to the bus stop. The 33-year-old suspect, who is not known to the victim, was arrested, and assault charges have been recommended to Crown counsel. The victim is suffering from a sore arm. The VPD Hate Crimes investigator is reviewing the file.

“These unprovoked assaults are extremely concerning,” says Constable Tania Visintin, VPD. “No one deserves to be treated with such blatant disrespect as they are going about their lives.”

Douglas Park was the location for three serious incidents this weekend, two of which happened at the same time on Friday evening at 9:30 p.m. On one side of the park near W.20th Avenue and Heather Street, officers were called to a report of a male youth pointing what appeared to be a firearm at another youth. When the 15-year-old suspect was arrested, he was in possession of a knife, a baton, and an imitation handgun. At the south end of the park, near W. 22nd Street, officers responded to reports of two men who allegedly produced a handgun and demanded money from a 15-year-old victim.  The suspects left the area before police arrived, and the file is still under investigation. A few hours later, on September 25, at 1:10 a.m., officers responded a block away from the park after a 16-year-old girl was approached from behind and groped by an unknown man. The suspect remains outstanding and the file is still under investigation.

On September 26, just before 6 p.m., officers saw two men fighting on the road near East Hastings and Columbia streets. The 29-year-old aggressor was found to be in possession of a loaded handgun upon arrest. Several firearm-related charges have been recommended to Crown counsel.