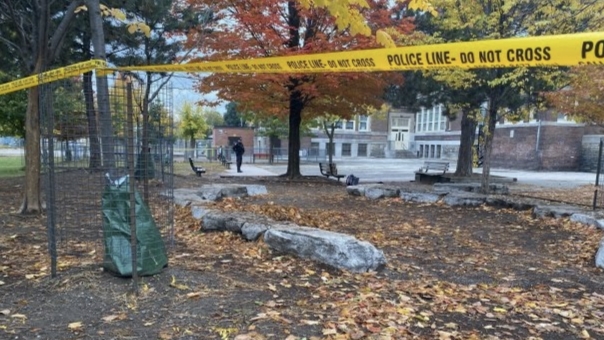 Toronto: A woman has been injured with life-threatening injuries after a stabbing incident in the yard of an elementary school in the East Danforth area on Wednesday early morning.

Police were called in at 4:42 a.m. at the gas station on Patricia Drive on Danforth Avenue east of Woodbine Avenue.

Police officials also found a woman seriously injured on the spot. She was taken to the hospital in a critical condition.

Toronto Paramedic Services said that a young female has been admitted to hospital in life-threatening condition.

According to the information received, the incident took place after an argument. Police are on the lookout for a suspect who is five feet ten inches tall and was dressed in dark colour.

Danforth Avenue has been closed on both sides for the investigation of the case by the police.