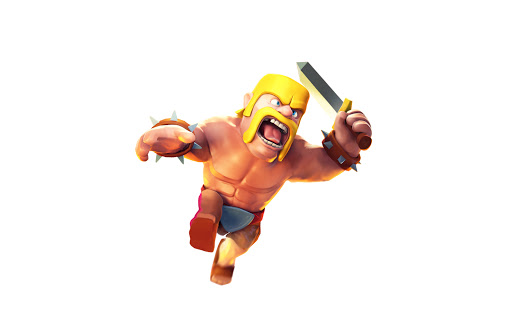 Let’s begin from the age of wars….lols not star wars but the real ones.

So let me start from Rawalpindi, which remained under the rule of the Gakkhars of the Mughal Empire until Muqarrab Khan, the  last Gakkhar ruler, was defeated by the Sikhs under Sardar Milka Singh (pssst…not the Flying Sikh…pls don’t get confused) in 1765, who then invited traders from the neighbouring commercial centres of Jhelum and Shahpur to settle in the territory.

After the independence of Pakistan in 1947, the minority Hindus and Sikhs migrated to India (not the Shahpuris…they moved to Iran) while the Muslim refugees from India settled in Rawalpindi…..

Yeah, too much of history…can’t help it..gotta tell you where they came from at least…!!!!

For your information…Shahpuri is a dialect of the Punjabi language spoken in the Sargodha division of Pakistani Panjab.

Coming back to a reality check….

When an Indo Iranian family plans to move to India, there are many things which confuse them and sometimes even alienate them. No matter the difference in the outlook and language, the Shahpuris are extremely proud of their surname.

When the world is divided into the Jatts and the Gyanis or the Jattis and the Sauooz..there emerge The Shahpuriz…!!!

1. Our email says it all

When Yahoo or Google started their mail services, I bet the most sought after id would have been shahpuri/ashahpuri/bshahpuri/cshahpuris/shah/shah.puri/shahpuriz or the one that I have – gshahpuriz (Yup, I am a Shahpuri too…DUHHH how do you think I know all this).

2. We have our roots intertwined with each other..no matter the geographical locations

So, you have just met a random Shahpuri at a party somewhere and you guarantee that you don’t know him……trust me on this..he’s your cousin….!!! Yes, I am right….all the Shahpuris…mark my words…ALL OF THEM are cousins….either they have their grandparents as brothers or their mothers as cousins or their grandmothers as sisters or they must have simply married amongst the family. So the next time you meet up with two random Shahpuris…you know they are cousins…Right !!

3. Never mess with their temper

You think the worst tempers are that of Jatts?? Haaaaah then you haven’t confronted a Shahpuri ever..!!!

No mater the size or shape, if a Shahpuri gets angry, he will get onto you with full force and mind…. when I say this NEVER EVER MESS with a Shahpurni when she’s angry…you might disappear from the globe.

4. They might have moved on in life but they love Iran

The very thought of Iran brings a smile to their faces. They talk about the Iranian beauty, the Iranian streets…the childhood ‘langdi taang’ on the Gurdwara stairs (there is a beautiful gurdwara in Iran). Also, you will always see them doing Sewa in the Gurughars in India too. That’s the teaching they carry from Iran’s gurdwara where they do all the sewa themselves.

5. The Farsi touch never goes no mater the number of years

The Shahpuris have a typical way of speaking or greeting….”ki khaso”…”ki peeso” kinds….people laugh at them but frankly they are the cutest when they talk like this.

6. Distance can’t keep them away from Iranian food

Whether they are in Dubai, Australia or any part of the continent, if they want to have some “kobide”, “chelo morg” or “khorosh”…they can travel 1000 miles for it. Don’t believe me try it yourself.

“Aash-e-rishte” is by default their favourite food.

7. They will never throw away stuff

Once they buy something, you can see it around the house for ages. If it breaks it shall stay for repair…if it crumbles, it shall stay in the garage and if it rusts…koini kde na kde kam aajega rkhe rehndo…!!!

When Shahpuris meet, you better be ready for oodles of loud laughter. Whether it’s funny or not, they laugh and that too loud enough for the entire street. They might even just look at each other and break into fits of laughter…don’t you believe it?? Try sitting with them for some time.

If you really happen to know even one Shahpuri in your life, then you will agree when I say that truly their expenditure any-time outdoes their budget. They shop for stuff that’s upmarket and if 1000 is their budget for a week to survive…they’d spend the entire sum on shopping and for everything else. RABB RAAKHA!

10. Fancy cars – been there done that

When the world yearns for the Mercedes and the Audis, Shahpuris shrug em off by a simple “ehna vich ta assi klaatey (picnic) jande hunde si’. Land cruisers and range rovers were our pets when we were kids…”kuj nva dasso guys…eh sab ta bachpan de khidone si”!!!

Whether it’s a joke, a speech, a lesson or a general conversation….the B waali gaal has to be repeated after every two consecutive words..it’s basically the Shahpuris way of joining a sentence. It can also be used as an adjective or a functional verb or a definite noun….whatever it is…It JUST has to be there…so b#ain#$@d is one word that should remain silent in your ears, if you really want to understand what the Shahpuri Sahb is trying to say…

Finally, let me me sum it by saying that Shahpuris are the best hosts when it comes to showering love and you won’t find better people than them for friendship.