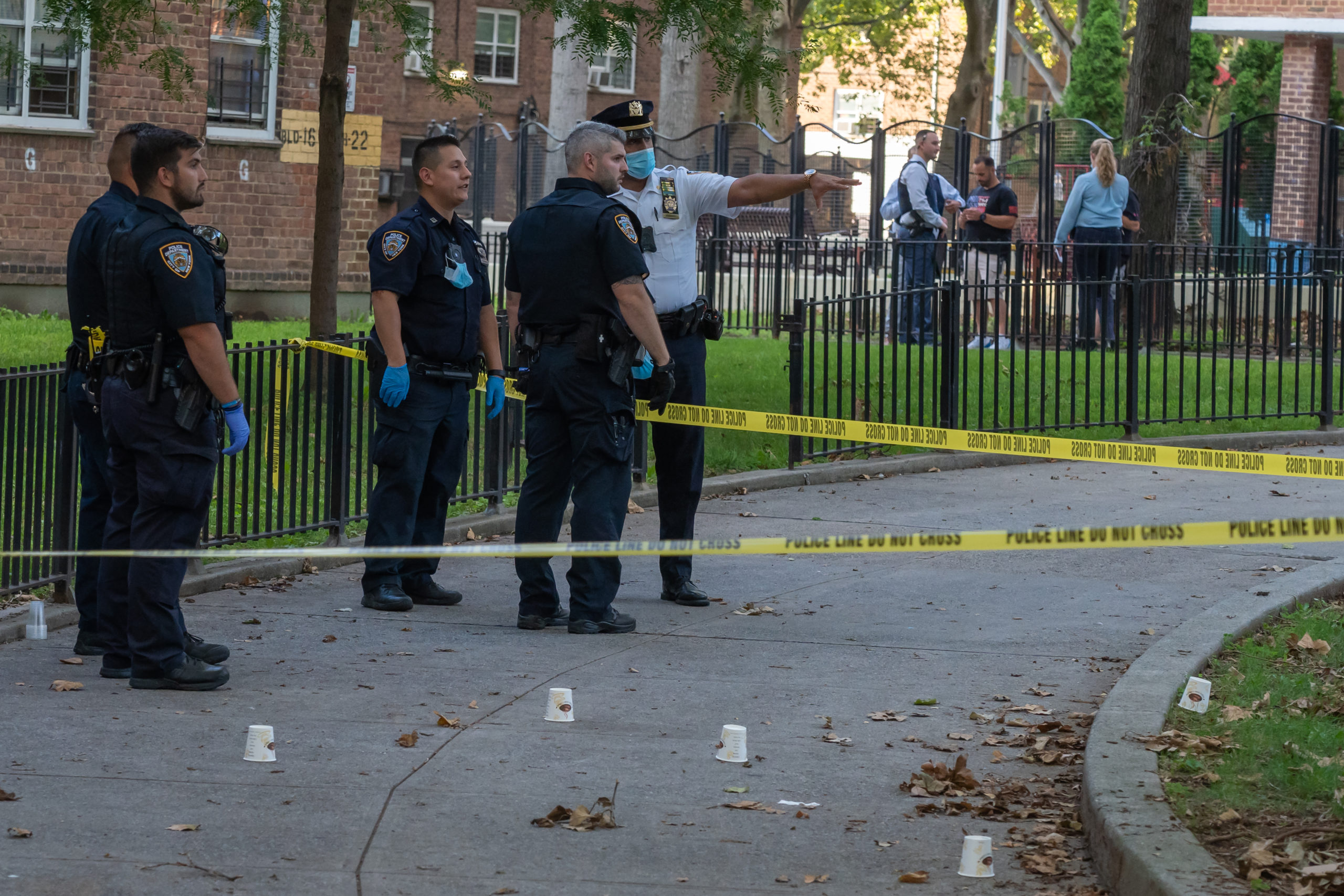 Chicago police say at least six people are dead and many more are injured after a shooting at a July Fourth parade.

Authorities say the suspect, who likely fired on parade-goers from a rooftop, is still at large.

He’s described as a white male wearing a white or blue T-shirt. Police have not released any details about the victims.

Hundreds of parade-goers fled the parade route, leaving behind chairs and baby strollers.

The parade stopped only 10 minutes after it began, with hundreds of people fleeing the parade route and
even leaving baby strollers behind.