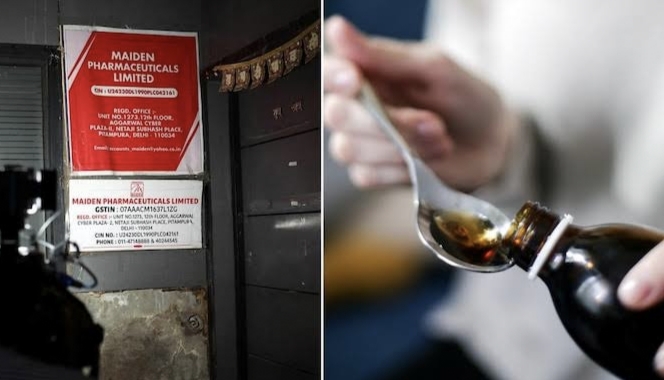 Haryana Health Minister Anil Vij said the state government has banned the company’s cough syrup production. He said that after being identified by the WHO, samples of three cough syrups of Sonipat-based Pharmaceuticals Company were sent to the Central Drug Lab in Kolkata for testing, the report of which is yet to come, after which action will be taken.

Anil Vij said that central government officials are collecting complete information. He said that after the report comes, if anything wrong is found, strict action will be taken.

He, however, said that after a joint inspection by the Centre and Haryana’s pharmaceutical departments, around 12 lapses were found, keeping in mind, it was decided to discontinue the total production. He said that a notice has been given in this regard.