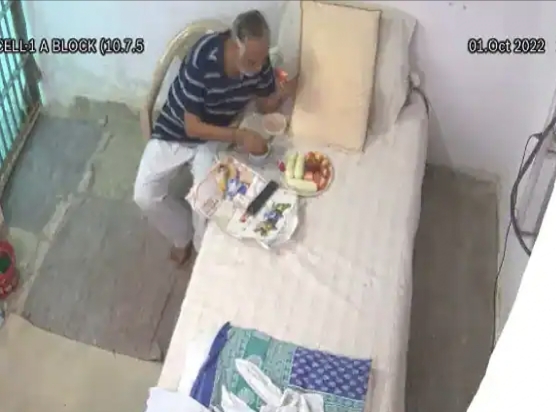 New Delhi: The Delhi minister Satyendar Jain is currently lodged in Tihar Jail and again embroiled in another controversy after a video of his eating sumptuous food has gone viral.

Earlier, conman Sukes Chandrashekhar made serious allegations, now many videos of him are coming out of getting VIP treatment in tihar jail barracks.

In the latest video, Satyendar Jain is seen eating food. The BJP has become an attacker on the Aam Aadmi Party over this video. The BJP says that it does not look like a jail but a ‘resort’.

Satyendra Jain’s lawyer Rahul Mehra said they are considering legal options. “We will bring this video to the notice of the judge. We will definitely do something about it today,” he said. It has also sought a direction to the jail authorities to conduct an immediate medical examination of the minister.

The counsel also told the court that Jain has lost 28 kg since his incarceration.