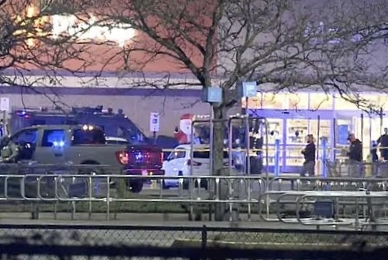 Washington: At least 10 people have been killed in a mass shooting at a Walmart store in Chesapeake, Virginia.

According to media reports, many people have also been injured. After receiving the information about the shooting incident, Chesapeake police tried to nab the alleged active shooter at Walmart right in front of Battlefield Blvd and fired at him.

The Chesapeake Police Department said that about 10 people have been killed and several injured.

Police believe the shooter was killed, but people have been told to stay away from the building for now. According to media reports, the call informing about the firing came at 10:12 pm on Tuesday.

According to local media reports, heavy police force has still been deployed outside the Walmart store. Ovet 40 emergency vehicles have also been instructed to be ready outside the building. The police department has asked locals to stay away from the spot.

Mass shooting in the US

The process of mass shooting in US is incessantly on rise in the recent past. There are reports of mass firing from some city of US every day. Just two days ago, a gunman opened fire inside a gay nightclub in Colorado Springs, killing about five people and injuring 18 people.