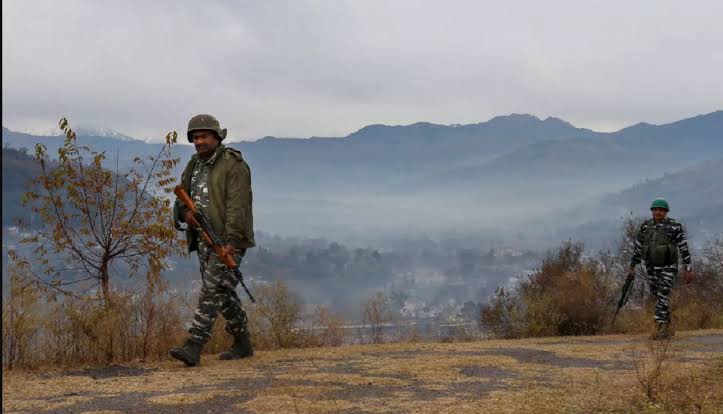 New Delhi: On January 9, 2023, the Ministry of Defense issued a tender process for the purchase of 12,730 ‘ballistic helmets’ as emergency goods for Sikh soldiers. This special helmet has been made by MKU company for Sikh soldiers.

After this decision of the government, the Sikh Gurdwara Management Committee (SGPC), one of the largest organizations of Sikhs, has vehemently opposed this move. With this, after over 100 years, once again the turban-helmet dispute has erupted in the army.

What is the whole case?

According to the report, the Ministry of Defense is planning to buy 12,730 ‘ballistic helmets’ for Sikh soldiers in fast track mode. The ministry has also issued a tender for this helmet of special design for Sikhs. These include 8911 large size and 3819 xl size helmets.

‘Veer’, the first comfortable helmet made for Sikh soldiers

MKU, the company that makes this helmet, says that the helmet has been made keeping in mind the religious beliefs of Sikhs. Sikh soldiers can easily wear it on top of their turbans.

Earlier, there was no comfortable helmet for Sikh soldiers to wear so far. By wearing it, they can also fight the war. It is anti-fungal, anti-allergic and bullet proof.

Apart from this, Veer has a multi-accessory connector system i.e. MACS. This will easily trace the location of the soldier in an emergency. These helmets are equipped with head-mounted sensors, cameras, flashlights, communication devices and night vision devices.

For Sikhs, the turban is not just a cloth, it is a crown of the head. Giani Harpreet Singh, jathedar of Akal Takht, the holiest site of Sikhs, termed the helmet decision as an “attack on Sikh identity”.

He appealed to the central government and the army to withdraw this decision immediately. He said the attempt to replace the turban with a helmet would be seen as an “attempt to suppress Sikh identity”.

He said that earlier also during the Second World War, Sikh soldiers had refused to wear helmets, so the issue should be reconsidered by the Centre.

The debate over the use of helmets is nothing new for the Sikh community. In October 1914, 15 Ludhiana Sikh platoons from Britain reached the forefront to fight against Germany.

During this time, the British authorities ordered them to wear a helmet. This was the first time that Sikh soldiers refused to wear helmets.

Apart from British officers, Khalsa Diwan, the central organization of Singh Sabhas of Punjab, had also recommended that Sikh soldiers wear helmets during that time. However, Sikh soldiers did not accept this and fought only wearing turbans.

Brigadier Inderjit Singh Gathal said that there were some more such incidents. However, by then the British Army had passed an order that Sikh soldiers could not be forced to wear helmets.

Despite this, the British were constantly pressuring Sikh soldiers to wear helmets. The British had also managed to convince the leadership of the Shiromani Gurdwara Parbandhak Committee on this issue.

However, Sikh soldiers did not wear helmets. After this, the Second World War (1939-1945) was fought in turban. That is, once again they did not wear a helmet over turbans.

Sikh community members in the UK are exempted from wearing helmets while riding two-wheelers in line with Sikh soldiers’ commitment to turbans.

In November 1976, British Queen Elizabeth II gave her royal assent to a bill to exempt the turbaned Sikh community from wearing helmets while riding two-wheelers.

However, there was a long debate on this bill. Security, the heroic deeds of Sikh soldiers in the World War, the impact of helmets on employment opportunities for Sikhs and tolerance in British society were among the aspects discussed. British Sikh MP Sydney Singh Bidwell played a key role in passing this bill.

Wearing turbans in US Marine Corps

In December 2022, a US court had ruled that wearing turbans and sporting beards could not prevent Sikhs from joining the Marine Corps. The court said this while hearing the petition of 3 Sikh youths.

Actually, soldiers in the Marine Corps are not allowed to shave. The US Court of Appeal called the rule of cutting hair and shaving a beard a violation of the Religious Freedom Restoration Act.