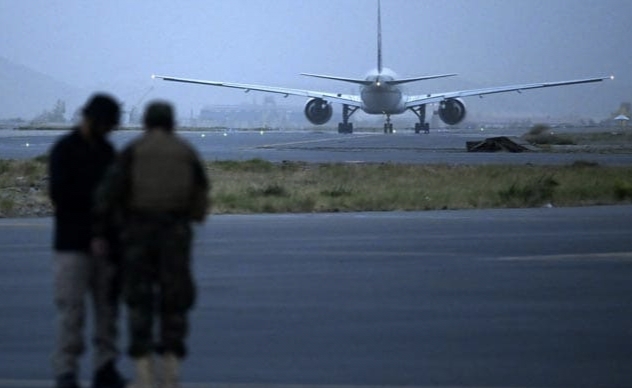 “All are safe…”: Russian Embassy on reports of bomb on Moscow-Goa flight

New Delhi: A Goa-bound flight from Moscow made an emergency landing at Jamnagar in Gujarat on Monday night after receiving a bomb threat, police said.

Inspector General of Police (Rajkot and Jamnagar range), Ashok Kumar Yadav said that all 236 passengers and crew members were safely evacuated from the aircraft and police and bomb disposal squad as well as local authorities were carrying out an investigation.

“The flight from Moscow to Goa made an emergency landing at Jamnagar airport due to a bomb threat. After the aircraft landed, all 236 passengers and crew members were safely evacuated. Police, Bomb Disposal Squad and local authorities are searching the entire aircraft,” he said.

An official of the Russian embassy in New Delhi said the Embassy was alerted by Indian authorities about reports of an alleged bomb on board the Azure Air flight from Moscow to Goa. “The aircraft made an emergency landing at the Indian Air Force base in Jamnagar. All those on board are safe. Officials are conducting a thorough inspection of the aircraft.

Meanwhile, a Goa Police official said the aircraft was scheduled to land at Dabolim airport after taking off from Moscow but was diverted to Jamnagar due to bomb threat.

The Goa Police has beefed up security in and around dabolim airport as a precautionary measure, he said. “The flight from Moscow was scheduled to land at Dabolim airport but was diverted to Jamnagar due to bomb threat,” Deputy Superintendent of Police (Vasco) Salim Sheikh told reporters.

All emergency services were kept ready at the airport while senior police officials held a meeting with the airport authorities.