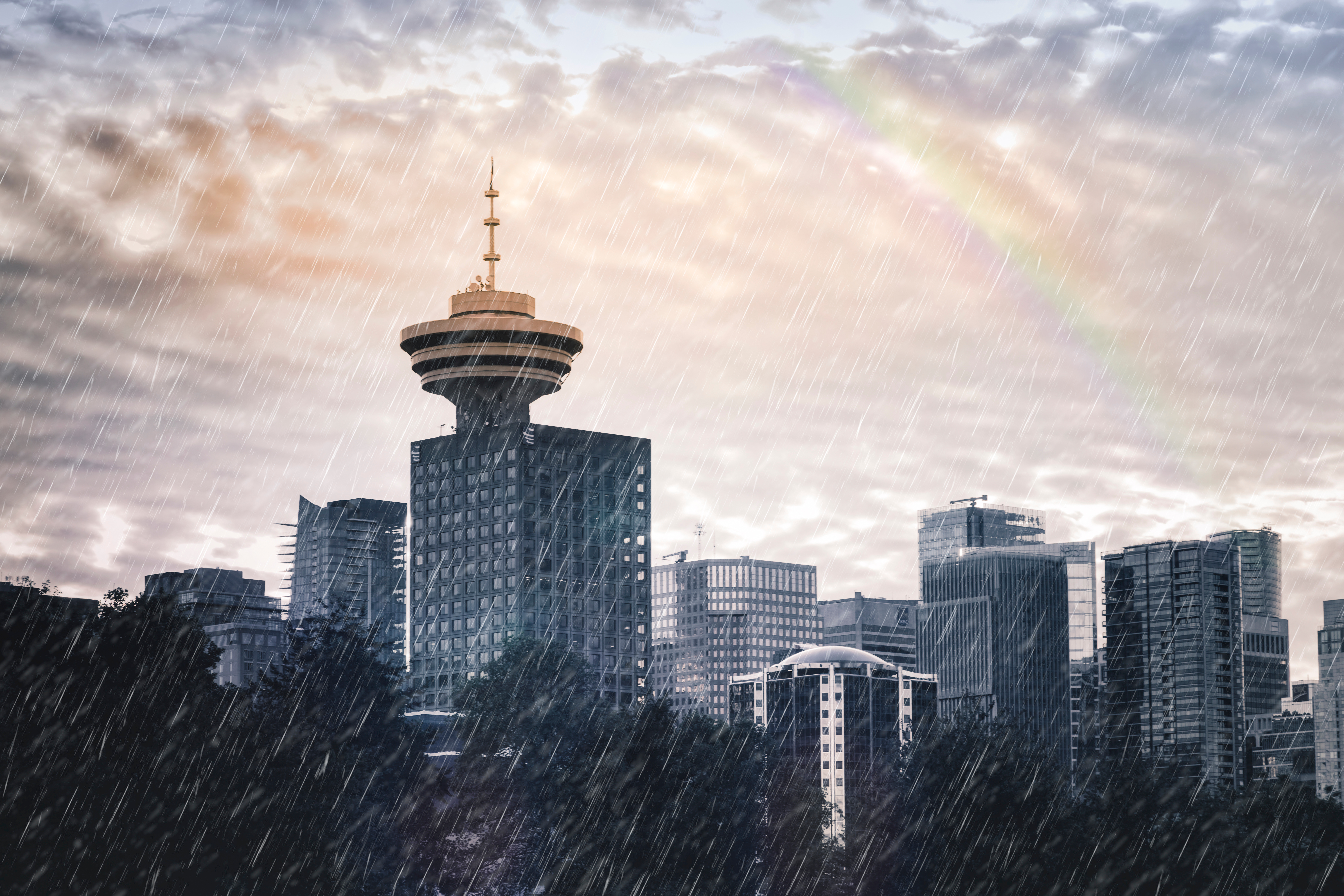 According to Environment Canada parts of Vancouver Island & Metro Vancouver will see gusts of wind and Rain beginning Tuesday evening.

An unseasonably strong low pressure system will make landfall on Vancouver Island Tuesday night bringing strong southeasterly winds and heavy precipitation to much of the south coast. The storm will be accompanied by freezing levels of 1100 to 1500 m which means precipitation will fall as heavy snow in the mountains. As the cold front passes, winds will shift to strong and gusty westerlies or southwesterlies Wednesday morning, impacting western Vancouver Island, and potentially Qualicum, Victoria, Lower Mainland and the Fraser Valley. Strong southerlies will also funnel up the Sea to Sky.

There is some uncertainty in the exact track of the low pressure centre. This will impact which communities see the strongest winds. As the storm nears and wind speeds and total precipitation amounts become more certain, warnings may be issued.