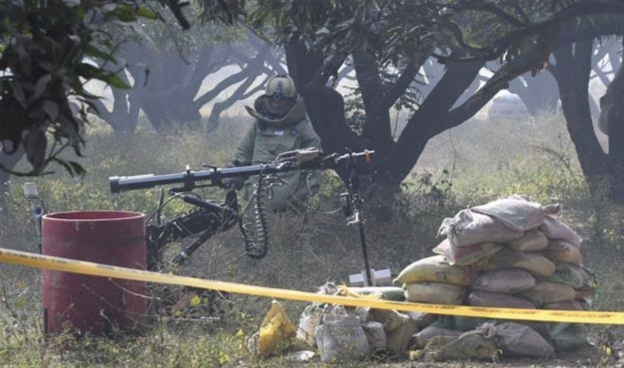 Chandigarh: The Army has taken the bomb found in the mango orchard in Rajindra Park in Sector 2 near CM helipad in Chandigarh to its unit to defuse it. The army arrived here in the morning after which the bomb was examined robotically.

Earlier it was decided that it will be diffused here. Later, the Army officers changed the decision, citing technical reasons and safely, they took the bomb in a gypsy and left for Chandimandir.

The live bomb was found on Monday afternoon. After which the army team was called. Two colonels of the Army’s Chandi Mandir-based Western Command led the entire operation.

Sources said that as the was a VVIP area, the decision to defuse the bomb here has been changed. Near this place is the official residences of Punjab CM Bhagwant Mann and Haryana CM Manohar Lal Khattar.