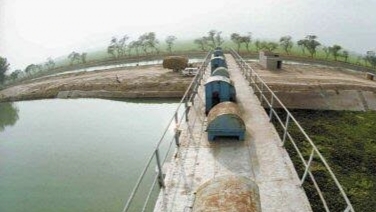 Chandigarh: Senior Congress Leader and Punjab’s Leader of the Opposition, Partap Singh Bajwa on Tuesday urged the Punjab Chief Minister, Bhagwant Mann to robustly defend Punjab’s rights on river waters in the meeting that has been scheduled for January 4.

“In the previous meeting that took place on October 14, 2022, between Punjab CM Bhagwant Mann and Haryana CM Manohar Lal Khattar, Punjab CM had said that Punjab does not have a single drop of water to share. It was a very feeble argument, whether he presented it aggressively. With this statement, does he mean that Punjab should share water if it had surplus water?”, Lop added.

Punjab’s opposition leader said that Mann should establish a legal right of Punjab on river water as per the riparian laws. Mann should use this opportunity to rectify the previous mistakes and firmly present this case.

“AAP government remained ineffective to safeguard the interests of Punjab including SYL and Chandigarh at the national level on various occasions. Mann has yet to delete his July 9 tweet in which he demanded a piece of land in Chandigarh from the Centre for a separate Punjab Vidhan Sabha. This means that Mann still owns his statement in that tweet, which actually weakens the Punjab case on Chandigarh as well”, Bajwa added.

On the Latifpura issue, Bajwa said how insensitive the Bhagwant Mann government is that hundreds of people including children and women, and senior citizens have been spending freezingly cold nights without a roof over their heads because of the government’s boorishness. Mann government must ensure to construct pukka houses for them on a priority basis. Until then they should be given temporary shelters.