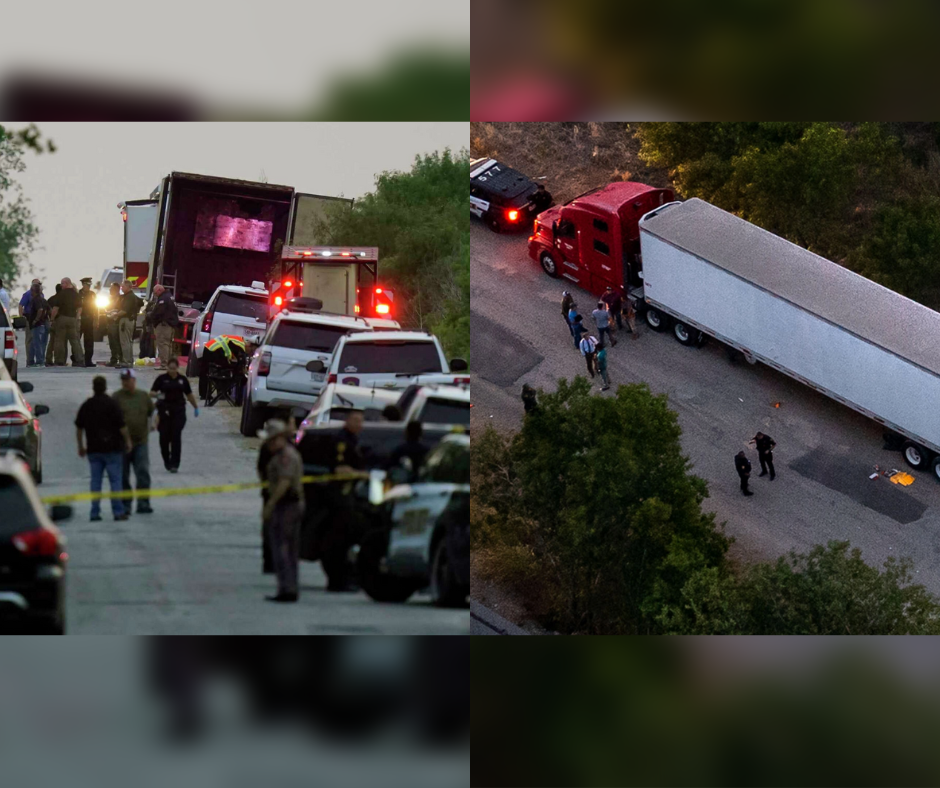 50 migrants were found dead in and near a tractor-trailer in the sweltering heat in a remote back road in southwest San Antonio, and 16 others were taken to hospitals in a presumed migrant smuggling attempt into the US.

It’s among the deadliest tragedies to have claimed thousands of lives of people attempting to cross the US border from Mexico in recent decades. 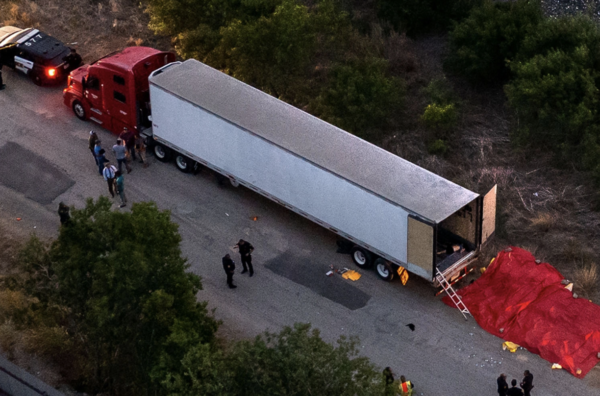 Police in San Antonio say a city worker heard a cry for help from the truck on a lonely back road yesterday evening.

San Antonio’s fire chief says those taken to hospital were hot to the touch and dehydrated, and no water was found in the trailer.

The home countries of all of the migrants and how long they were left on the side of the road are not immediately known.