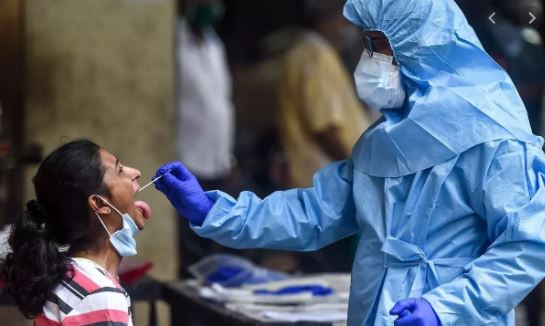 In August, 40,994 samples were collected while 4,594 people tested positive for the virus that meant every eighth person among the sampled population had tested positive in August.

Though total corona positive cases in September—and not the percentage—were highest, that was due to higher sample collection – around 26,000 more than the previous month.

As per the data shared by the Health Department, Patiala recorded 5,136 positive cases out of the 66,846 samples collected in September, thereby, every 13th person tested positive among the sampled population.

Health experts — given the declining trend of percentage of positives — believe that the district has already surpassed the peak of coronavirus in the district. Experts said despite ramped up sampling, the positivity rate did not increase in September, therefore August was the worst-hit by coronavirus until now.

Patiala has been witnessing a drastic drop in the number of coronavirus cases over the past few weeks. On September 16, the district had reported around 292 positive cases while the it reported only 71 cases on Tuesday. In fact, the positivity has dropped to just 3- 4 per cent in the last week of September.

Patiala Civil Surgeon Dr Harish Malhotra said along with the positivity rate the total positive cases have also started to decline. He said, “The figures explain that August month had the highest positivity rate. The sampling was increased, but the positivity rate did not increase in September. Good contact tracing of positive patients and prompt isolation thereof at home and health centres seems to have borne the fruit.”

However, Malhotra cautioned that people should not – at any cost – give up on corona guidelines. The situation might worsen if the guidelines are not strictly taken care of.