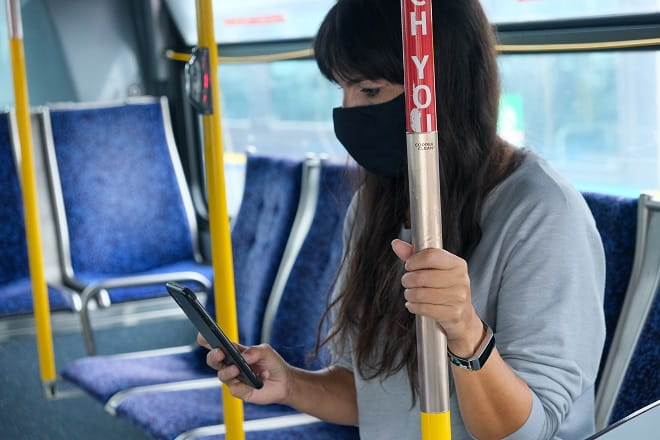 VANCOUVER, BC – Antimicrobial copper coatings are being installed on high-touch transit surfaces on Toronto Transit Commission (TTC) vehicles and more TransLink vehicles following a successful pilot phase that supports copper’s ability to kill up to 99.9 per cent of bacteria on transit surfaces.

This new round of testing seeks to confirm those results from the first phase in Vancouver by evaluating copper surfaces on more transit vehicles over a longer duration of time across two different regions. For this phase, the medical microbiology teams at Vancouver Coastal Health (VCH) and Mount Sinai Hospital/University Health Network will be undertaking regular bacteria testing, and VCH will be conducting laboratory testing on copper’s ability to kill viruses in addition to bacteria.

This trial, fully funded by Teck Resources Limited (Teck) as part of its Copper & Health program, will outfit copper on high-touch surfaces on several TTC buses, subway cars, and streetcars, as well as several TransLink buses and SkyTrain cars.

The results of this trial could improve understanding of options for infection prevention for the transit industry and other industries that rely on shared public spaces.