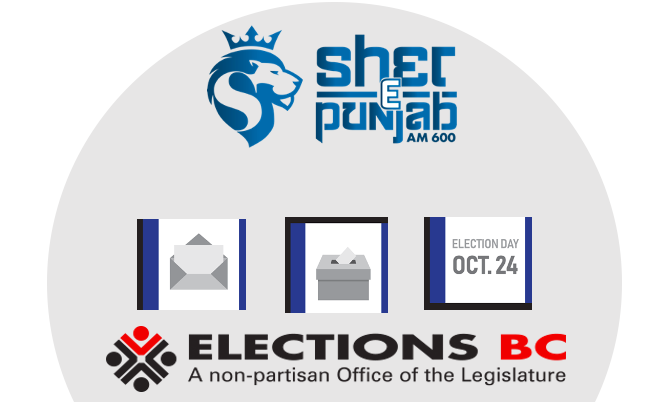 BC elections, Surrey : A key battleground?

By Sarbmeet Singh September 30, 2020 No Comments

SURREY : As the poll bugle sounded in British Columbia, leaders of both the major parties: John Horgan from BC NDP and Andrew Wilkinson from BC Liberal crossed their paths in Surrey at the onset of their campaigns.

“Visiting Surrey by both the NDP leader John Horgan and Liberal leader Andrew Wilkinson in the initial days of their campaign itself shows how crucial Surrey is to both the parties” said, Dr Shinder Purewal, a political analyst.

At present, six of the total nine ridings are held by the NDP. Political pundits believe that infighting led to defeat of Liberals in some ridings.

Dr Jasbir Singh Romana, a host at Sher E Punjab radio, says, “In Southern part of Surrey, BC Liberal have more hold than NDP while NDP has a strong position in riding sin North part.”

During their campaign both Andrew Wilkinson and John Horgan touched upon several issues that plague Surrey such as hospital, transportation and blamed each other for lapses.

Romana believes that if Liberals want to be elected, they need to regain the seats that are their strongholds like Surrey Guildford and Surrey Panoroma, besides holding their other seats which they had won in 2017”

What made NDP sweep six seats in Surrey in 2017
Jasbir Romana believes that the Liberals suffered due to anti-incumbency in 2013 as they had been in power for a long time.

“The promise of eliminating the tolls at Port Mann and Golden Ears bridge is another reason for rising popularity of NDP in Surrey” Romana adds.
“There was an outrage among the taxi operators against the Liberals.

Additionally, the Liberals failed to deliver on the hospital of Surrey, that led to their defeat in Surrey” opines Paul Brar, who discusses political issues during his show at Sher E Punjab radio.