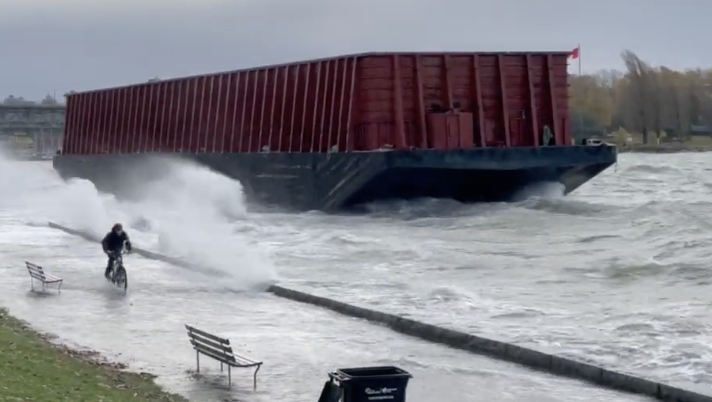 Southern BC was hit with a massive rainstorm that started on Sunday, triggering rock and mudslides that shut down several highways, trapping drivers. The City of Merritt issued an evacuation order for more than seven-thousand residents in the community after prolonged heavy rainfall. Relentless rain set off flooding and mudslides in the Fraser Valley, prompting the city of Abbotsford to open a reception centre for those residents who were displaced.

Video of some of the ongoing #Merritt flooding sent to @CFJC_Today by Cody Harris. Devastating to see. #Kamloops pic.twitter.com/2VY27AA2es

I am raw html block.
Click edit button to change this html

Pumpkins are floating away on Hwy 11 between Mission and Abbotsford. @weathernetwork @50ShadesofVan #BCStorm #Pumpkins pic.twitter.com/P0KOSOnFMy

the barge and a storm cyclist. how long will they stay in place?! #bcstorm pic.twitter.com/4ywBNdrR1L