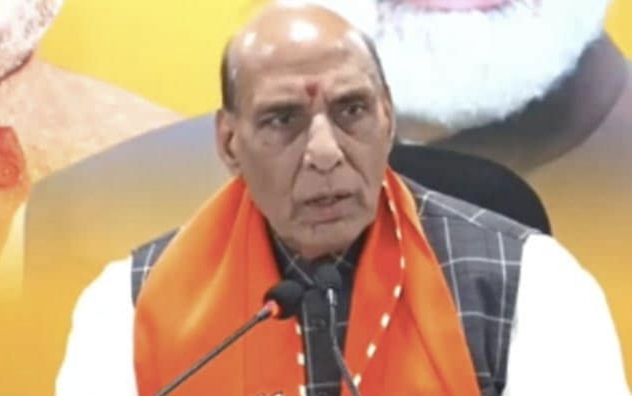 New Delhi: Defense Minister Rajnath Singh said that those alleging violation of press freedom forget that his party (BJP) governments “never imposed any restrictions” on any media organisation nor violated anyone’s rights to freedom of expression.

The defence minister also hit out at the Congress, saying if it was about press freedom, it had even amended the Constitution to do so. During this time, he reminded of the amendment made in Article 19 in 1951.

Speaking at a conference organised by RSS-affiliated weekly Panchjanya, Rajnath Singh said a debate has started again in the country regarding freedom of expression.

It is very interesting that those who are talking about violation of press freedom today have forgotten that whether it is Atal ji’s government or Modi ji’s current government.

No one has ever banned the institutions of any media. Nor has anyone’s right to speak been violated.

Attacking the Congress, he said that the history of the oldest party is full of incidents of violation of all kinds of freedoms.