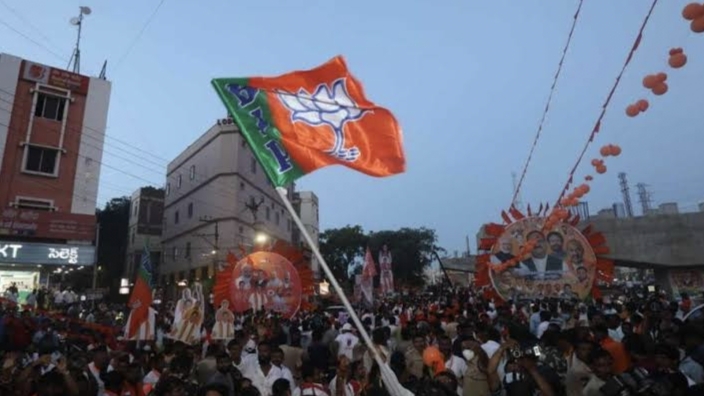 New Delhi: The BJP spent over Rs 344.27 crore in the assembly elections held in five states this year — Uttar Pradesh, Punjab, Goa, Manipur and Uttarakhand. Last time, Rs 218.26 crore was spent by the party in these states. This information has been received from the report submitted by the BJP to the Election Commission. The Congress spent Rs 194.80 crore in 2022 in these five states and Rs 108.14 crore in 2017.

The data shows that of the BJP’s total amount in five states, the highest amount of Rs 221.32 crore was spent in UP (UP), where the party returned to power with a small majority. During the 2022 elections, the party’s election expenditure in UP was 26 per cent higher than the 2017 figure of Rs 175.10 crore.

Expenditure in Goa, Manipur and Uttarakhand?

A major chunk of the party’s total election expenditure in the five states was spent on leaders’ visits, public meetings, processions and campaigning. The party also spent around Rs 12 crore on virtual campaigning in the assembly elections in five states.

State-wise details of the Congress party’s election expenditure are not available. The Congress has reported spending Rs 15.67 crore on “virtual campaigns through social media platforms/apps and other means”. Political parties contesting Lok Sabha and Assembly elections are required to keep an account of all money collected in the form of cash, cheque or draft or item from the date of announcement of elections till the date of expiry of elections.

They will also have to submit details of their election expenditure to the EC within 75 days of the assembly elections and within 90 days of the Lok Sabha elections.