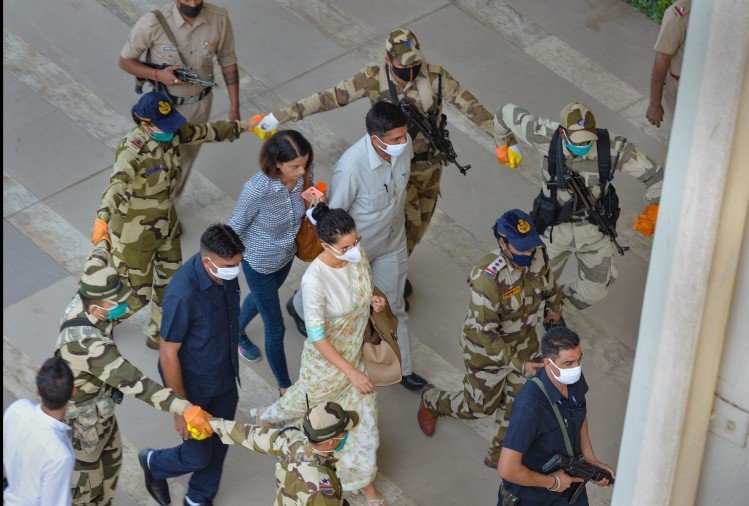 Mumbai police have made security arrangements outside Bollywood actor Kangana Ranaut’s residence in suburban Khar and her bungalow-cum-office in Bandra, an official said on Thursday.

Earlier, the “Queen” actor has already been given Y-plus category security cover by the Centre in the wake of a row over her remarks in which she likened Mumbai to Pakistan- Occupied Kashmir (PoK) and criticised the city police.

The Shiv Sena has slammed her for her statements.

According to sources, the actress likely to visit her Pali Hill property on Thursday.

On her return to Mumbai, she had criticised Maharashtra Chief Minister and Shiv Sena president Uddhav Thackeray, saying his “ego will be destroyed” the way her Bandra home was demolished.

The Brihanmumbai Municipal Corporation (BMC) has exempted Kangana from the 14-day home quarantine rule for those arriving from outside the state, an official said.

Ranaut, who is currently in news because of the controversy over her remark comparing Mumbai to Pakistan-occupied-Kashmir and the BMC’s demolition of ‘illegal’ structures at her bungalow, arrived here earlier in the day.

A senior BMC official said she had made an online application for the exemption from home quarantine as she was on a short visit.

According to BMC officials, Ranaut is scheduled to leave Mumbai on September 14.