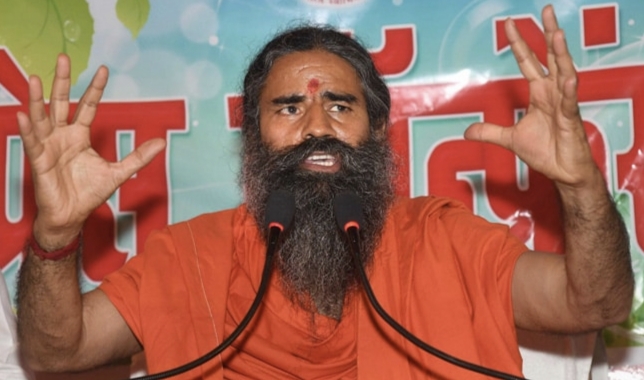 Mumbai: There are reports of an alleged drug racket in Bollywood and Central agencies have also investigated various celebrities in the past for their alleged involved in drugs. Now yoga guru Baba Ramdev has targeted many actors in the drugs case and he said that many eminent personalities, including Salman Khan takes drugs.

He also named Shah Rukh Khan’s son in a controversial speech on Saturday, which has now gone viral.

Ramdev was speaking at the launch of a campaign against drugs in Uttar Pradesh when he was seen blaming the film industry and stars for the spread of drugs. Yoga guru Baba Ramdev said, “Shah Rukh Khan’s son (Aryan Khan) was caught doing drugs at a drug party. He went to jail. Salman Khan takes drugs. I don’t know about Aamir Khan.”

Yoga guru Baba Ramdev said, “Who knows how many film stars take drugs. There are drugs in Bollywood, drugs in politics. Liquor is distributed during elections. We should take a pledge that India should be free from every drug. For this, we will start a movemen,” he said.

Shah Rukh Khan’s son Aryan Khan, who was arrested in the “drugs-on-cruise” case last year, was cleared of any charges due to lack of evidence. He was granted bail after spending 20 days in jail. Several film personalities were questioned in the investigation into an alleged “Bollywood-drugs nexus” following the shock death of actor Sushant Singh Rajput in 2020.