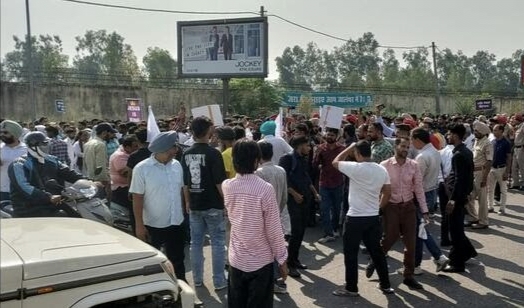 During the four-hour protest, there was a long jam on the service lane along the highway and from BSF Chowk to PAP Chowk in the city. Buses, autos and other vehicles carrying children were stuck in the traffic in the afternoon. Even an ambulance going into the city got stuck in the jam, which was pulled out by the protesters themselves.

Parents who reached PAP to pick their stranded in the jam, exchange heated argument with the protesters on the road but police intervened to pacify the matter.

Shouting slogans at PAP Chowk, members of the Christian community threatened to hold an indefinite protest until FIR was not lodged against Amritpal Singh.

They called off their protest after senior police officials reached the site and gave them an assurance. 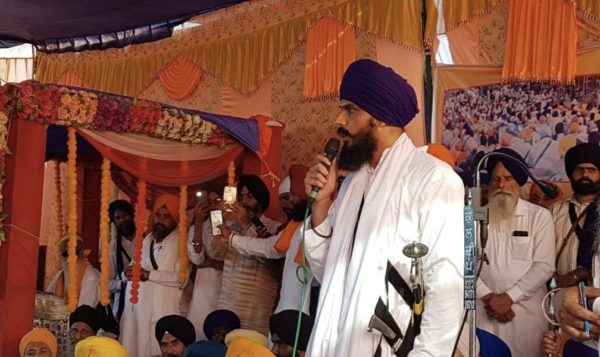 Jatinder Masih Gaurav, a leader of the Christian community, said that they want stern action against Amritpal and if authority failed to take any concrete action in a coming few days, they would chalk out a future strategy soon.

He said that when they do not oppose any religion, they will not tolerate the derogatory comments against their religion.

Pertinently, newly appointed chief of the advocacy group Waris Punjab De, Amritpal had issued some contentious statements against growing inclination of people towards Christianity in Punjab.