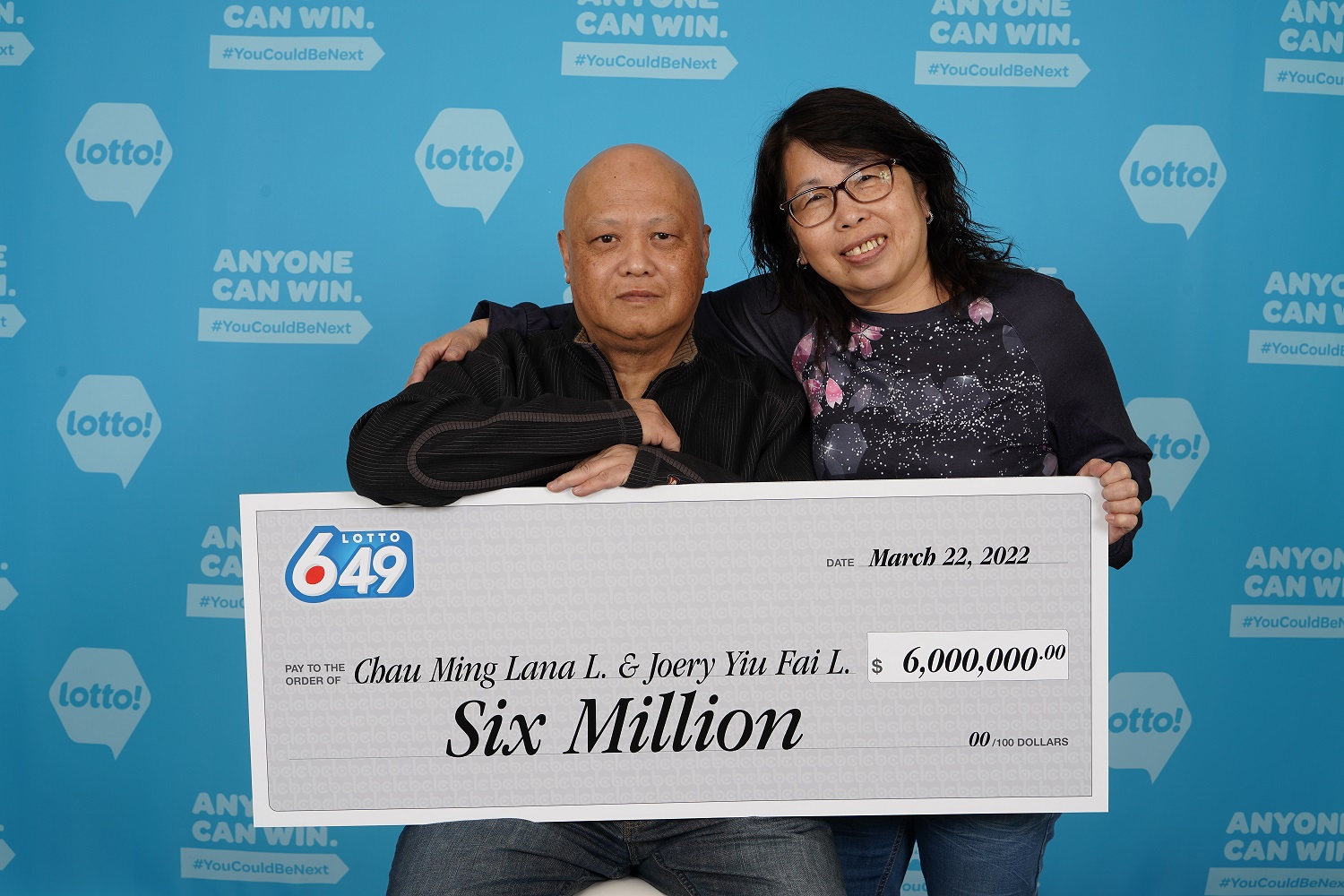 Chau Ming (Lana) Leung and her husband (Joery) Yiu Fai Leung have been playing the same Lotto 6/49 numbers for 36 years – inspired by their family members’ birthdays. After 36 years, those same six numbers matched the six numbers from the draw on March 16, 2022, leading them to a $6-million jackpot win.

The Burnaby residents learned they were $6-million richer while at home with their son.

“He found out someone from Vancouver won on Instagram, a few days after the draw,” said Lana. “He saw that they were our numbers, and he texted my husband to ask if he bought tickets for that draw.”

When Joery didn’t initially respond to their son’s text message, the son asked in person.

“He was mad and asked Joery while he was watching TV in bed,” said Lana. “When we scanned the ticket and saw the $6-million on the phone, we all started screaming and crying.”

Lana plans to quit one of her two jobs, while Joery will continue to work before both settle into an earlier-than-expected retirement. They also plan to buy their son a car and pay off their daughter’s mortgage.

Joery and Lana purchased their winning ticket at the Lucky Mart on Nanaimo and East 7th in Vancouver – the same place they have been buying lottery tickets for years.

Before their jackpot win, Lana and Joery were planning to buy a new house and move out of their modest digs. However, after winning the Lotto 6/49 jackpot, they say those plans have changed in a surprising way.

“We can’t move now, because this is the house that we won the Lotto 6/49 jackpot in!”

Lotto 6/49 is a nationwide lottery game drawn on Wednesdays and Saturdays after 7:30 p.m. (PST). Anyone can win, and #YouCouldBeNext! Watch some amazing lottery winner stories online. Each draw includes a Guaranteed Prize Draw of $1 million. Players can purchase tickets at any lottery retailer or at PlayNow.com. Players can now check their lottery tickets anytime, anywhere on iOS and Android devices.