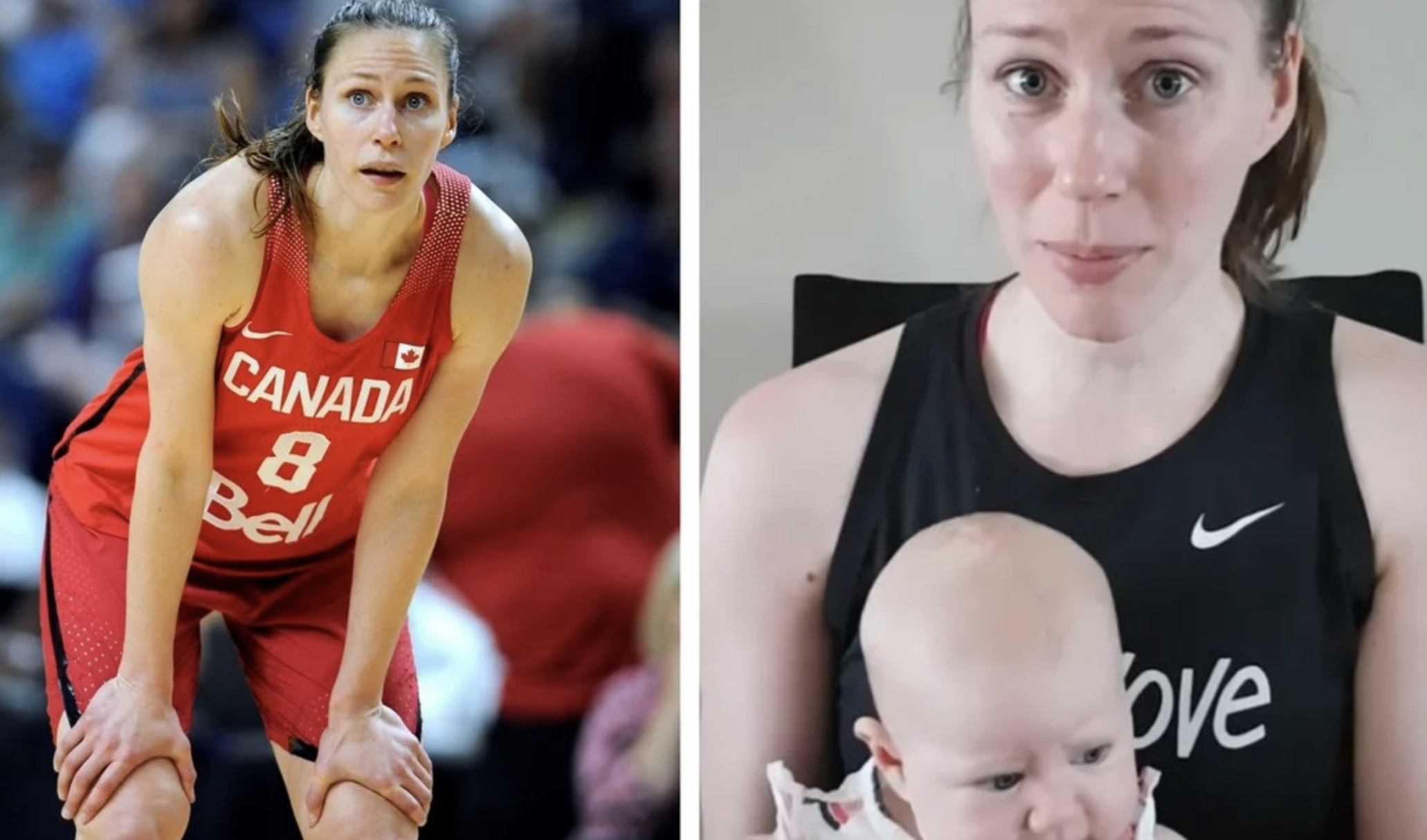 37-year-old Canadian basketball player Kim Gaucher says she’s being  forced to decide between being a breastfeeding mom or an Olympic athlete.

Kim who had her baby girl Sophie in mid-March, is still breastfeeding is not allowed to take her baby to the Tokyo Olympic Games due to the current restrictions.

She pointed out all international media and sponsors are going to be flying in from around the world, “Japanese fans will be in attendance and the arenas are going to be half-full but I will not have access to my daughter?” Guacher asked.