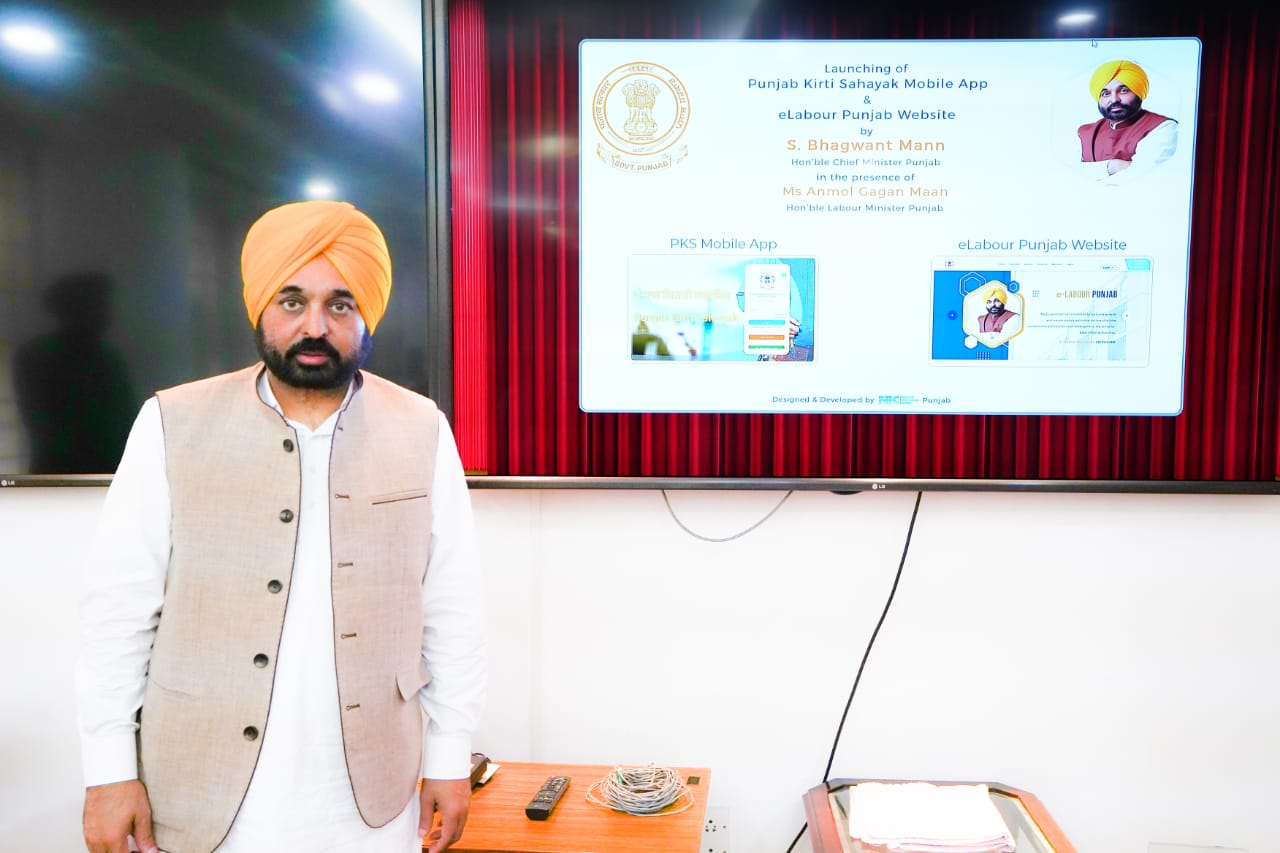 A decision to this effect was taken by the Chief Minister while chairing a review meeting of Punjab Building and Other Construction Workers Welfare Board,here at his office.

In another significant decision, the

Chief Minister also gave a nod for embarking major drive to register workers with the board. He said that currently 5.30 lakh workers have been registered with the board which needs to be enhanced upto minimum15 lakh. Bhagwant Mann asked the board to intensify the campaign by sending teams in villages, towns, labour chowks and construction sites.

Taking a leap forward towards smart governance by the Punjab Building and Other Construction Workers Welfare Board, Chief Minister also launched a new mobile app named ‘Punjab Kirti Sahayak app’ for facilitating the Labour and Construction Workers to get all their details on a single click.

The Chief Minister further said that the app is bilingual (both in English and Punjabi), hence Punjabi construction workers will not face any language constraints as the App is quite user-friendly. He said that apart from registering themselves with the Board and applying for various welfare schemes, the applicants may also apply for registration renewals, can track the status of their applications and may also remove deficiencies in the required documents and that too quite swiftly. Bhagwant Mann said that the app can be downloaded from the Google Play/App store.