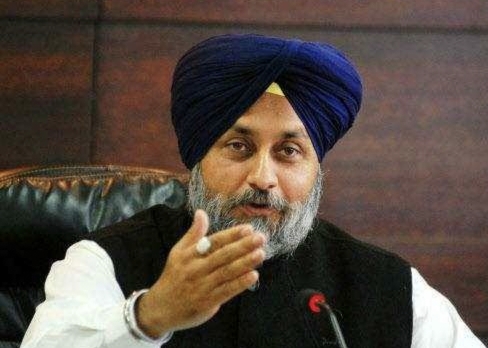 Chandigarh: Shiromani Akali Dal president Sukhbir Singh Badal today came out strongly against what he described as “AAP conspiracy to destroy the Riparian basis of Punjab’s claim on the water of its rivers.

“Bhagwant Mann is a willing tool in this conspiracy. The whole idea of linkage of Yamuna with Satluj is an age old devious ploy to destroy all constitutional basis of Punjab claim and this conspiracy had always been thwarted by SAD’s strong opposition to it. The river linkage is aimed at taking away Satluj waters to Haryana on the pretext of creating a shared pool of water,” said Badal adding Bhagwant Mann must prepare to face Agitation against this idea.

“The whole idea is preposterous. If Haryana is to get only Yamuna waters from combined pool why not simply ask it to continue to utilise it as it is doing now. The only purpose behind linkage is to drain into Punjab’s river waters.

Badal said the Shiromani Akali Dal would oppose this conspiracy tooth and nail and not a single drop of water belonging to Punjab would be allowed to be taken away from us against the well laid riparian principle.”