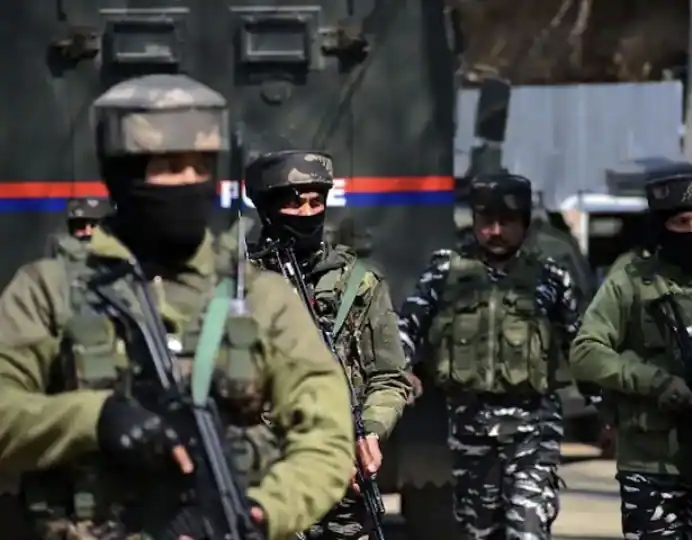 Terror attacks: 1800 additional CRPF personnel to be deployed in two districts of J&K

The source said the move comes following a recent order issued by the Home Ministry amid intelligence inputs about a terror attack in Jammu region.

On Monday, two cousins were killed in an IED blast. On Sunday evening, militants opened fire at three houses in Rajouri district, killing four civilians and injuring six. All of them were cremated at their native places on Tuesday.

The deceased were identified as Vihaan Sharma (4), Samiksha Sharma (16), Satish Kumar (45), Deepak Kumar (23), Pritam Lal (57) and Shishu Pal (32). The last rites were performed on Tuesday amid tight security arrangements, officials said. Security has been beefed up in Rajouri town and adjoining areas, they said. He said a cordon and search operation was underway to nab the militants involved in the killings.

Protests against the killings

Police have announced a reward of Rs 10 lakh for information on the terrorists involved in the attacks. Kishtwar district was closed on Tuesday to protest against the attacks. Shops and business establishments remained closed in the city and traffic was partially off the roads. Apart from this, there have also been protests against the killings in many parts of Jammu and Kashmir.

Reacting to the attacks, former Chief Minister and PDP chief Mehbooba Mufti on Wednesday said, “Who is responsible for what is happening in the government that has been in power for the last 4-5 years? Why did this accident happen? The situation in Jammu and Kashmir is very worrisome. The people of Jammu voted for the BJP, but now that they are being attacked, the BJP is just a mere spectacle.”