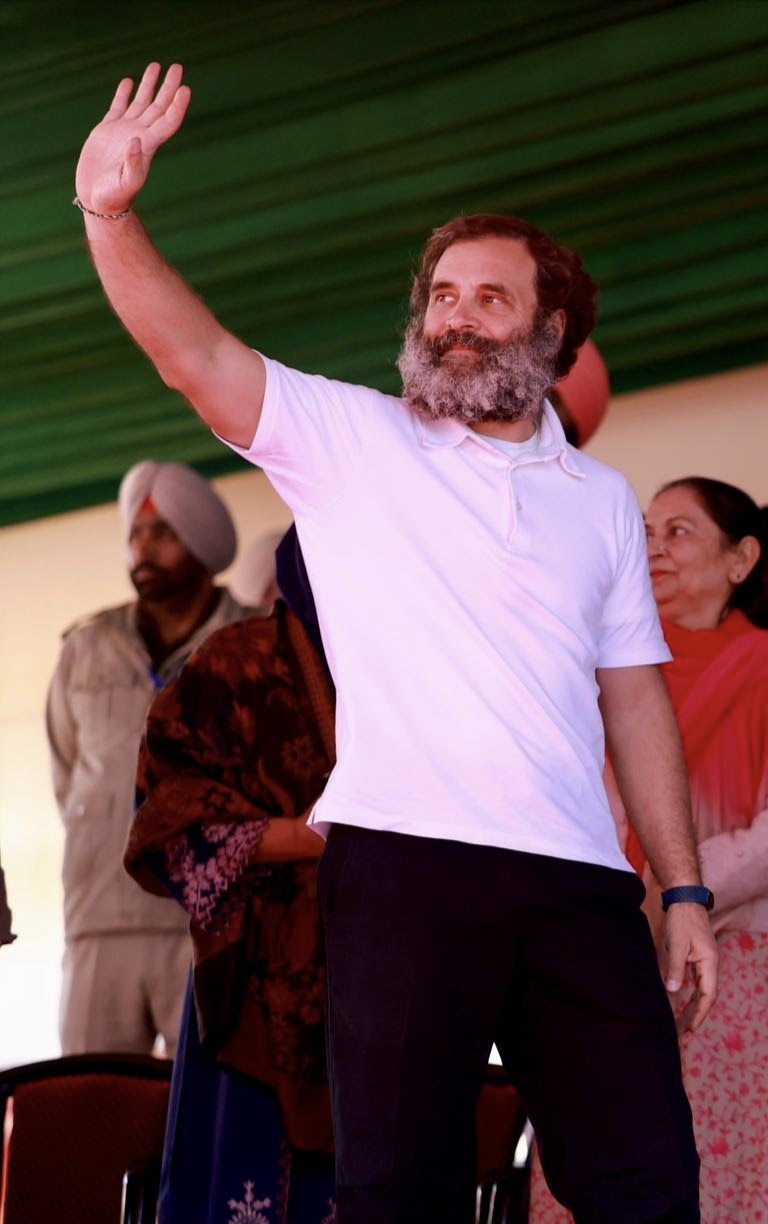 During this time, he took a dig at the central government and the Aam Aadmi Party.

Addressing the public meeting, Rahul Gandhi said that what happened to the farmers through the three black laws has been done to the jawans through the Agniveer Yojana.

“The BJP is trying to scare people and give the fruits of their hard work to 2-3 billionaires. Demonetisation, GST increased the fear of businessmen. It is easy to spread hatred in an atmosphere of fear. BJP’s policies are creating fear,” he said.

Rahul Gandhi further said that he told CM Bhagwant Mann not to let Punjab run with remote control. I want the Chief Minister of Punjab that you were sitting with me in the Lok Sabha. There is a lot of difference between you and Arvind Kejriwal.”

“Punjab should not be run from Delhi. We will fight with the Aam Aadmi Party and defeat them,” Rahul Gandhi said. People’s money was used in Gujarat. Advertisements were given in Gujarat with Punjab’s money. This is wrong.

He reiterated that Bhagwant Mann looks good to me but Punjab should be run from Punjab not from Delhi.