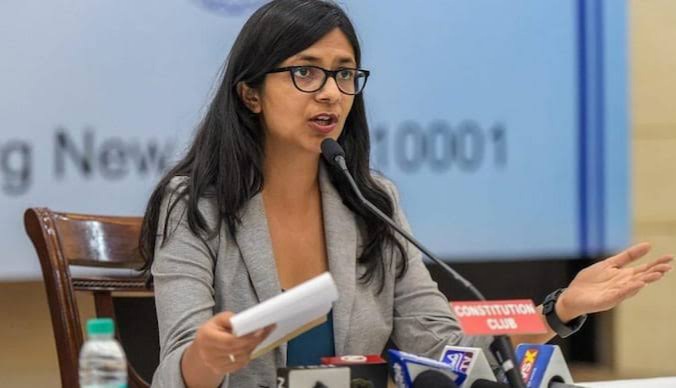 New Delhi: Delhi Commission for Women (DCW) chairperson Swati Maliwal has accused her of molesting her. It is alleged that the man dragged her from the car for about 15 meters.

The incident took place at around 3.11 am on Thursday on the opposite side of GATE Number-2 of AIIMS. The accused, 47-year-old Harish Chandra, a resident of Sangam Vihar, has been arrested. His car has also been seized.

According to sources, her team was with Swati Maliwal. Videographers were also present in her team of about 8-9 people. Swati was standing alone on the road and checking the reality and the team was secretly watching everything from the car.

There is no CCTV installed where the incident took place. Delhi Police will ask for a video from Swati Maliwal as her team was videographing.

Swati Maliwal gave this information by tweeting. “Late last night, I was inspecting the women’s safety situation in Delhi. A driver molested me in an inebriated state and when I caught hold of him, he closed my hand in the glass of the car and dragged me. God saved lives. If the chairperson of the Women’s Commission in Delhi is not safe, think about it.”

Swati Maliwal told the police that a man riding a Baleno car who was drunk asked to sit in his car. When I refused, the accused left, but again took a U-turn and came back via the service lane.

The man again asked Swati to sit in the car. Swati refused and went towards the driver’s seat to catch the accused and she put her hand from the window. Meanwhile, the accused closed the glass, due to which Swati’s hand got stuck and the accused dragged her for 15 meters.

It is being told that Swati Maliwal was doing reality checks about the safety of women in Delhi. During this time this incident happened. Her team was also a short distance from her when the incident occurred.